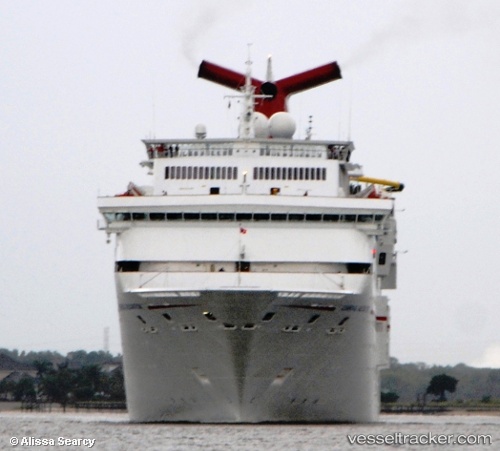 Since November, the Century Harmony Cruise Ltd. has been looking for several positions, including Staff Captain, IT Manager, Hotel Manager and more. The recruitment was being carried out by a European manning agency, which also serves other cruise lines. Incorporated in the Marshall Islands, the 'Century Harmony' was registered in Nov 25, 2020. The company is linked to Asian interests, who plan to transform the Fascination into a hotel ship. The ship was expected to assume its new role in Asia soon. After 26 years serving Carnival Cruise Line, the ship paused its cruise services in March, due to the COVID-19 pandemic. As other ships of the fleet, the 'Carnival Fascination' was used on repatriation voyages, returning crew members to Africa and India. On July 29, it arrived in Cádiz, entering cold layup soon after.

The 'Carnival Fascination' has been sold to a company in Asia and will not be going to the scrapyard, escaping the fate of three of its Fantasy-class sister ships. At this point, the ship’s new owner and role is unclear. The ship will be en route from Cadiz to Singapore for a technical stop, prior to becoming an accommodation ship in Asia. Once the cruise industry shut down in March, the ship had spent time repatriating crew to their homes in South Africa and India. For the past several months she has been in cold lay-up in Cadiz, the same city where the 'Carnival Victory' was undergoing its transformation into the 'Carnival Radiance'.

Four Carnival Cruise Line ships won’t be returning to service when cruising resumes. Two of the 27 vessels will leave its fleet immediately and two more are being put into long-term storage, reducing the number of ships that Carnival operates by about 15%. The 'Carnival Fantasy' and 'Carnival Inspiration' are leaving the fleet immediately. Both of the ships were on the way to Aliaga, but Carnival until now wouldn’t confirm that they were leaving the line. The two ships going into long-term layup are the 'Carnival Fascination' and the 'Carnival Imagination' with no specific timeline identified for a return to operation.