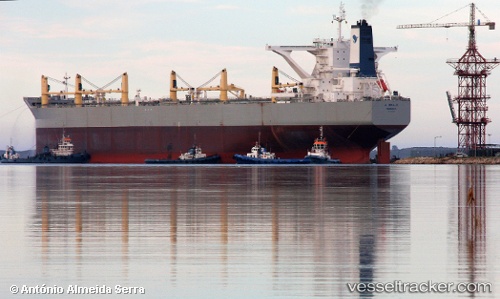 Crew of stranded tanker 'A Whale' to be paid

Crew on board the A Whale, owned by Nobo Su’s Taiwan-based Today Makes Tomorrow (TMT), will receive their full wages and head home, according to an email from the vessel’s master, Khan Jubair Niaz. “Monday we got a message from TMT that they have remitted our wages for the month of February, March and April,” the master wrote in an email on Tuesday morning (July 23) to the Sailors’ Society, the charitable group that has supported the crew in the last weeks.

Twenty-one seafarers remain stuck on board a Liberian-flagged vessel in the Gulf of Suez for nearly six months due to a technical problem. They have sent a message to a sailors’ helpline in Chennai, saying they have run out of fuel and food and have not been paid for months. The ore-oil carrier, A. Whale, is owned by TMT group, a global shipping major based in Taiwan, which has several vessels capable of moving cargo, from oil to vehicles. Last Thursday, the group filed for bankruptcy protection in a court in Houston, the U.S., as it was unable to pay its debts. A. Whale has 14 Indian sailors on the vessel. The crew members’ SOS, sent on June 21 to sailors’ helpline in Chennai, said no help was forthcoming from any quarter. “We have run out of bunker (fuel) and our food is rotting. We have not been paid for the last six months. We are not getting repatriated. In-fighting has started among the crew. We are still at anchorage in the Suez,” said a crew member in a mail sent to the helpline. When contacted by Manoj Joy, National Coordinator of Sailors Helpline, Mumbai-based recruitment agent Capt. Subodh Tiwari said he did not recruit the Indian sailors directly as he did not hold a ‘Recruitment and placement of seafarers’ licence’. He routed the sailors through some other company. Mr. Joy said the Director-General of Shipping should initiate action against the recruitment agent. Talking to The Hindu, a Shipping Ministry official said the immediate task was to bring back the stranded crew members and find ways to settle the wage dues to them. “We believe that these sailors have been recruited through a Recruitment and Placement Services Agent. We will find out why these people have not been paid for so long, what prevented the replacement of the exhausted crew and why the management failed to set right the technical problem,” he said. Source : The Hindu

Taipei: The Taiwan-based shipowner, Today Makes Tomorrow (TMT), said 23 TMT entities have filed for Chapter 11 bankruptcy protection in Houston. “I accept full responsibility for the problems TMT now faces but I am working 18 hours a day to ensure that this major asset for Taiwan’s national economic and global business reputation is not brought down because of adverse circumstances beyond my control,” said Nobu Su, boss of TMT. The debtor TMT USA Shipmanagement LLC and 22 related companies have filed for Chapter 11 to United States Bankruptcy Court. The Debtors' fleet consists of 17 vessels, each held by an individual ship owning company. Several of the vessels are currently under arrest for unpaid bank debt and/or unpaid vendor/crew debt. The arrests have been made in Singapore, Cape Town, Taiwan, Antwerp and China. However, Su believes that Chapter 11 will facilitate TMT's restructuring and will help bring the TMT companies back to long-term financial health, the company said. [SinoShipNews 21/06/13]