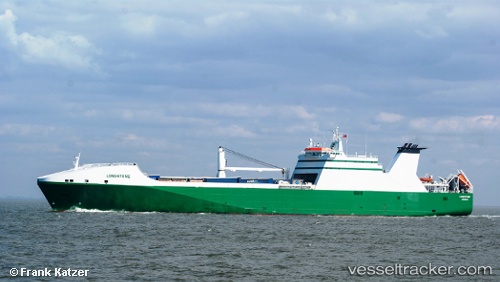 Schedule revised after allision in Hanko

In the night of Jan 11, 2017, at 8 p.m. the "Finnmerchant" broke off its moorings in the port of Hanko off because of a storm. She bumped against the "Trica" at the dock beside. The "Finnmerchant" which had arrived from Rostock on 11 a.m. was docked at berth no. 3, when the ropes snapped. With the wind she drifted against the "Trica" which was moored at the ro-ro berth 2. The two ships bumped against each other. Tugs towed her back to the berth. The damage was small, and there were minor delays because of the accident. The "Trica" left port on schedule, the "Finnmerchant" left port on Jan 12 at 8.45 p.m. The storm was blowing with gusts of nearly 30 m/s. Swedish reports with photos: https://svenska.yle.fi/artikel/2017/01/12/fartygskollision-i-hango-hamn https://www.vastranyland.fi/artikel/stormen-skapade-tillbud-i-hango-hamn/

Finnlines to expand its services on Rostock-Finland route

As from 19 January 2015, Finnlines will open the route between Hanko and Rostock and deploy the Finnish flagged ro-ro vessel, MS Finnmerchant (ex MS Dorset, ex MS Longstone), the company said in its press release. The new Hanko-Rostock service complements significantly the existing Helsinki-Rostock service. Hanko is the most southern port of Finland, and well connected to both western and southern areas of the country. Finnlines will offer added value to the customers and deploy MS Finnmerchant on the line. MS Finnmerchant strengthens Finnlines' young and strong fleet. The modern ro-ro vessel was built in 2003, has the ice class 1A, 2 606 lanemetres and gross tonnage of 23 235. The Hanko-Rostock route will offer new possibilities for Finnlines' customers within the Baltic Sea area – the shortest connection and an attractive schedule.