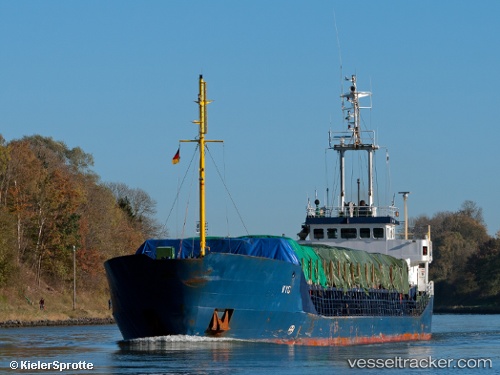 The "Grand Light" suffered an engine failure in the Black Sea on Feb 9, 2019. The tug "Diamond D" has been appointed to tow the vessel to Diliskelesi, ETA Feb 13. During the Istanbul strait passage, a coastal safety tug provided escort service for the vessel and strait traffic safety. The ship berthed in Tavsancil, Gebze, at 8 a.m.

After more than six months detained at Sharpness Dock over concerns including unpaid wages and a lack of drinking water, the "Tahsin" has been released. Detained by the Maritime and Coastguard Agency (MCA) in June 2017 due to 12 ‘deficiencies’ identified by inspectors, the "Tahsin" has been manned by three different crews during its time in Sharpness. The ship was given a conditional release on Dec 17 allowing it to return to Gemtis shipyard in Istanbul not carrying cargo to address its issues. Amongst the issues found by Cardiff-based inspectors was faulty ventilation, wages not being paid and missing charts. During the vessel’s detainment, the three crews which have been based on the ship over the six month period have been supported by the charity Apostleship of the Sea (AoS). Several times a week, AoS representatives have visited the ship bringing them baked goods, fresh produce and transport into Berkeley to use its facilities. The crew has also received regular visits from the International Transport Workers’ Federation (ITF). Some of the original crew had not been paid since September and October 2016 when the "Tahsin" was detained. There were many findings onboard including evidence of the crew drinking seawater as there was no potable water on the ship for over ten days, out of date food, non-operational galley equipment and a genuine concern over the labour practices. The master thought it was acceptable to pay the crew every three months and not keep wage accounts. On Dec 31, the "Tahsin" was headed to Tuzla, ETA Jan 5, 2018. 12 deficiencies (inoperative ventilation, an invalid employment agreement, damaged cargo and hatchways, incorrectly paid wages, expired lifesaving equipment and missing publications and charts) were found with eight deemed to be grounds for the ship’s detention. Report with photo: http://www.gazetteseries.co.uk/news/15798945.Turkish_cargo_ship_released_six_months_after_being_detained_at_Sharpness_dock/

The "Tahsin" has been detained in Sharpness indefinitely after authorities found crew members living off sea water and out-of-date food. Described as having conditions close to ‘modern day slavery’, the ship has been prevented from sailing from Sharpness by the Maritime and Coastguard Agency. Maritime officials found failings with navigation equipment, invalid employment contracts, non-payment of wages, damage to cargo and expired licenses. They also found that there had been no potable water on the cargo ship for over ten days - and the crew had been living on sea water. The ship has been berthed at the docks on the river Severn near Berkeley, since May 31, 2017. It will not be going anywhere until its long list of problems is resolved. Report with photo: http://www.bristolpost.co.uk/news/bristol-news/ship-detained-port-near-bristol-397414