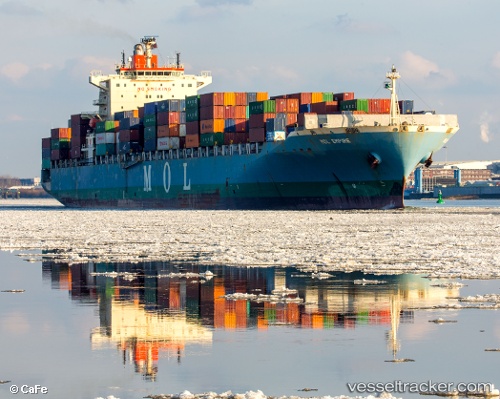 An abandoned sailing yacht drifting unoccupied in the mid-Atlantic was identified – thanks to Jersey and French Coastguards and the captain of the "Mol Empire". The Jersey Coastguard received a call from the captain of the container ship which had discovered the 20-metre yacht while sailing from Savannah, where he had departed on Jan 7, 2019, to Le Havre, ETA Jan 19. The vessel was 1,500 miles away from Jersey so the co-ordination for the incident was passed onto the British National Maritime Operations Centre which has the resources to initiate search and rescue missions so far offshore. The captain of MOL Empire had circled the sailing vessel a few times and tried to launch his rescue craft to see if anyone was on board but the sea conditions were too rough. He then took photographs of the yacht and emailed them via satellite to Jersey Coastguard, CROSS Jobourg and the UK Coastguard. The CROSS Jobourg quickly identified the sailing vessel as the "Sponsors Wanted", a participant in the Route de Rhum race which took place during the first two weeks of November 2018. The skipper Claire Pruvot of the vessel had encountered extremely stormy conditions after a collision during the race from St Malo to Guadeloupe and was rescued but had to abandon her boat. Due to the persistence and ingenuity of the ship’s captain, advances in offshore telecommunications and collaborative working between four Coastguard agencies, the incident was resolved in under 90 mins without a single SAR unit having to be dispatched. Report with photos: https://jerseyeveningpost.com/news/2019/01/18/yacht-found-drifting-in-mid-atlantic-with-no-one-on-board-identified-thanks-to-jersey-and-french-coastguards-and-a-plucky-container-ship-captain/