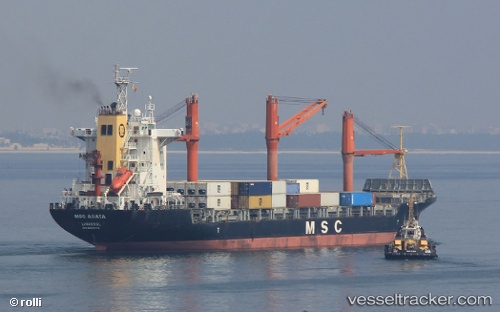 Assigns most of the blame for the accident to the foreign ship, divides the blame between the three other ships that were also present. Five years after a collision at the Mumbai port between an Indian Navy warship and a Cyprus vessel, the London High Court has ruled that the foreign ship bore a majority of responsibility for the accident. Legal proceedings are still ongoing in India, but this judgement will come as a relief for the Navy, who could now use this ruling to bolster their case. The MV Nordlake collided with the INS Vindhyagiri on 30 January, 2011, after which the Indian warship caught fire and sank. Two other Indian navy vessels, the INS Godavari and another `lead warship` and Seaeagle (now MV Elbella), a ship from Malta were nearby. The judgement by Justice Teare, noted that, "The degree of Nordlake`s fault was at least three times as great as that of Vindhyagiri and the degree of Vindhyagiri`s fault was significantly greater than of each Godavari and Seaeagle. " Nordlake was held 60% responsible, Vindhyagiri 20% liable and Godavari and Seaeagle were each only 10% to blame. The London High Court found that Nordlake was guilty of three faults pertaining to the narrow channel rule, safe speed and look out. http://www.mumbaimirror.com/mumbai/others/2011-Mumbai-port-collision-London-HC-holds-Cyprus-vessel-culpable/articleshow/50584640.cms

Vessel not allowed to dock at port of Chittagong over fog

The Chittagong Port Authority (CPA) Sunday was abruptly prompted to impose a ban on incoming movement of three vessels to Chittagong due to poor visibility. But many feeder operators said the harbour masters who navigate ships into jetty area are intentionally doing this kind of job with their ill-motives. The three vessels were carrying nearly 2,400 containers with import items and it will affect the country's external trade largely, according to consignees and shipping officials. Officials at the feeder-owning companies said this will have a chain-effect on the trade especially on exports as the buyers will force the shippers to take discounts for delay in exports. The vessels that faced unusual delay are Nordlake, H Rickmers and W Rissen. They came from Colombo and Port K-Lang of Malaysia and Singapore respectively.

Sold for $3.0M to Simatech Shipping