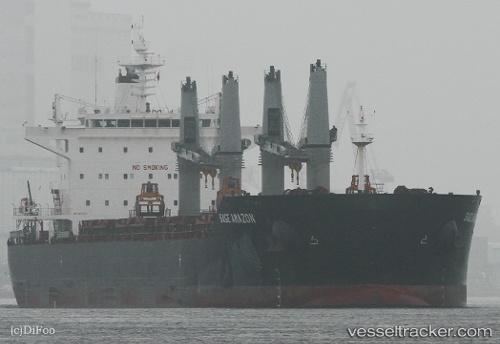 Report on death of master published

The Transportation Safety Board (TSB) investigation report into the death of the master of the "Sage Amazon" off Port-Daniel-Gascons in March 2018 revealed that his death was due to a cardiac malaise. The man was declared fit to work despite health problems, including a previous heart ailment. On March 17, 2018, he suffered a heart attack while he was standing on the access ladder of a cargo hold, and he fell onto the deck and sustained severe head injuries. The 54-year-old Ukrainian was first treated for head injuries before cardiovascular resuscitation was attempted. The TSB reports that the captain's health problems were known and should have restricted his ability to work at sea, but he had been declared fit to work without restrictions. An examination of his medical record, conducted by an independent body at the TSB, revealed that the captain had already suffered cardiac problems already in the past.

The Transportation Safety Board of Canada sent a team to Quebec to investigate a fatality aboard the "Saga Amazon" . The captain died after falling on the bulk carrier on March 17, 2018. The accident occurred while the crew was waiting offshore to load a cargo of cement from McInnis Cement. The ship was moored four miles off Port-Daniel-Gascons on the south side of the Gaspe peninsula at the time of the incident. The captain, a 54 year old Ukrainian, had dropped two three meters into a hold. Two rescue specialists, equipped with a defibrillator, went to the ship with a fast boat. Despite their attempt of resuscitation, the man died. The CCGS "Terry Fox", a Canadian Coast Guard icebreaker, a National Defense helicopter and a water rescue team from the RCM Rocher-Percé participated in the rescue operation after the Coast Guard was alerted around 7:30 a.m. The rescue team of Rocher-Percé was called at 9:15 a.m. The "Terry Fox" arrived first, so it was the medical staff of this ship who made the first interventions. Subsequently, the helicopter and the water rescue team arrived and treated the victim, however, without success. Transport Canada prohibited ship from continuing its voyage before a new licensed captain was on board. A captain from Romania was expected to arrive in the afternoon of March 20. French report with photos: http://ici.radio-canada.ca/nouvelle/1090241/accident-mortel-navire-sage-amazon-port-daniel-gascons-capitaine