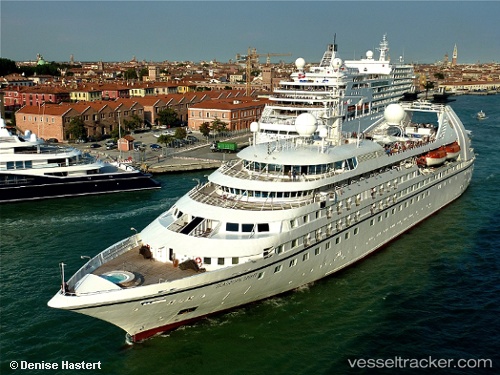 Windstar Cruises celebrated the steel-cutting for a renovation project of three of its existing ships on 2 April at Fincantieri’s shipyard in Trieste, Italy. The task comes as part of the line’s US$250 Million Star Plus Initiative to extend Star Breeze, Star Legend and Star Pride by around 25 metres each. Star Breeze will be the first to undergo the renovation in October 2019 and all three are expected to be complete by November 2020. Each ship will be cut in half to allow the installation of a new mid-body section. The enhanced ships will be able to accommodate 100 more passengers and Windstar will hire additional staff to maintain its generous guest-to-staff ratio.

Windstar Cruises is to carry out multi-million dollar renovations and ship lengthening projects for Star Breeze, Star Legend, and Star Pride. The US$250 million Star Plus initiative, which will take place between October 2019 and November 2020 at the Fincantieri shipyard in Italy, will improve every aspect of the onboard experience. In addition, Windstar will replace the seven engines on each ship with four more environmentally friendly engines that will use cleaner fuel to reduce emissions.

Passenger who went over board was rescued