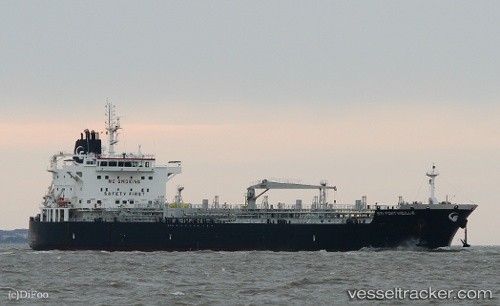 Scorpio Tankers have agreed to sell and leaseback the following MR and LR tankers to AVIC Leasing "STI Fontvieille" 50/2013 Hyundai Mipo, "STI Brooklyn" 49/2015 SPP, "STI Rose" 109/2015 Daehan & "STI Rambla" 109/2017 Sungdong. Scorpio will bareboat charter-in the vessels for a period of 8 years with purchase options beginning at the end of the second year.

Scorpio Tankers Inc. has agreed to sell and leaseback three MR product tankers (STI Ville, STI Fontvieille and STI Brooklyn) and two LR2 product tankers (STI Rose and STI Rambla) to AVIC International Leasing Co., Ltd. Upon completion, the Company’s liquidity is expected to increase by $42 million in aggregate after the repayment of outstanding debt. These lease financing arrangements are part of the Company’s new financing initiatives that were announced on April 25, 2018.

The US Coast Guard medically evacuated a 44-year-old male crewmember from the "STI Fontvielle" approximately 60 nautical miles west of San Francisco, on July 17, 2016. On July 16 at 3:50 a.m., watchstanders at Coast Guard 11th District Command Center received a report from the crew of the vessel that a man had suffered a laceration to his hand and was in stable condition after first aid was applied by the crew. The Coast Guard duty flight surgeon recommended that the patient be medically evacuated and taken to a hospital for emergency care by a hand surgeon. At the time of the report, the vessel was more than 610 nautical miles west of San Francisco, where the vessel diverted course to a rendezvous point approximately 60 nautical miles west of San Francisco for the medical evacuation. On July 17 at 2:12 p.m. an MH-65 Dolphin helicopter crew launched from Coast Guard Air Station San Francisco, arrived on scene and safely hoisted the man at approximately 2:55 p.m. The helicopter crew then returned to the air station where the patient was transferred to awaiting San Francisco Fire Department personnel and taken to the San Francisco General Hospital. Report with video: http://www.uscgnews.com/go/doc/4007/2865901/