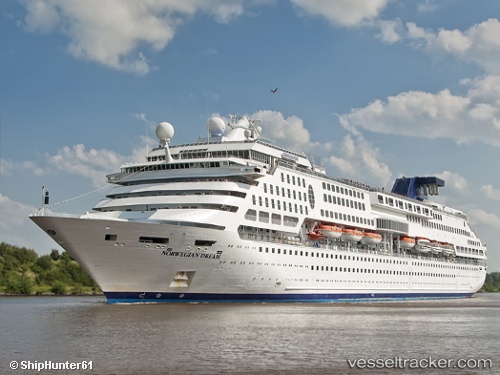 SuperStar Gemini to reposition to Malaysia

Star Cruises is to homeport SuperStar Gemini in Port Klang, Penang and Langkawi from November 2018 to April 2019, enabling parent company Genting Cruise Lines to strengthen its presence in Malaysia. SuperStar Gemini will sail a series of three- and four-night roundtrips from the three Malaysian ports, as well as from Phuket in Thailand. Guests will be able to visit various destinations in the Straits of Malacca region, such as Krabi in Thailand and Sinagpore.

Malaysia's rescue teams have been searching for a Singaporean who fell overboard from a cruise ship in Malacca on Sunday night, the New Straits Times (NST) reported on Tuesday (Nov 29). Wuan Poh Fatt, 60, was reportedly on holiday with five others, travelling on the SuperStar Gemini from the cruise ship's base in Singapore to Penang. But Wuan was believed to have fallen overboard in waters off Tanjung Kling at 11.05pm on Sunday, the Malaysian Maritime Enforcement Agency said. Investigations said Wuan had gone missing following a headcount and had failed to respond to announcements shortly before the ship docked in Georgetown on Monday, according to the NST. On board CCTV footage confirmed a person falling overboard at 11.05pm in an area which corresponded to between 9.5 nautical miles off Pulau Besar and 12 nautical miles off Tanjung Kling. - See more at: http://news.asiaone.com/news/malaysia/malaysia-searching-singaporean-who-fell-cruise-ship-malacca-waters#sthash.6giYo5GD.dpuf

After a hiatus of more than a decade, Star Cruises will be back in Europe in 2016, as the SuperStar Gemini is booked into a berth in Genoa, reports The Medi Telegraph. Star has previously operated fly-cruises in Europe but pulled out. The company has yet to announce deployment, which could be an oddly-timed world cruise or a fly-cruise program in Europe. This marks the third ship and third company adjusting Asia capacity in the last two weeks, following the announcement of HNA shutting down cruise operations and Costa opting to send the Victoria to source Japanese passengers next summer for a period of 60 days. http://www.cruiseindustrynews.com/cruise-news/13350.html