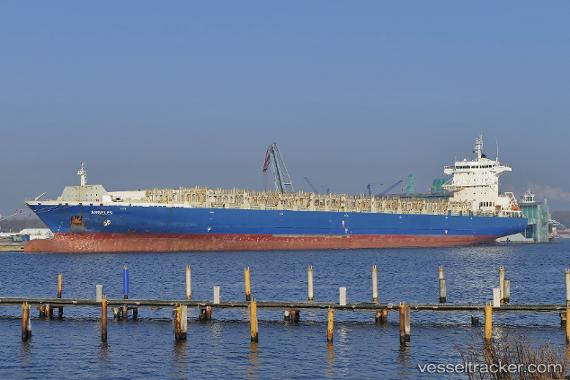 The crew of the 'Angeles' rescued the distressed skipper Stuart Bee, 62, after heaa was located approximately 86 miles east of Port Canaveral, Florida, on Nov 29, 2020. He had climbed onto the hull of his caosized 32-foot Sea Ray. He was taken aboard at 11 a.m. Bee was reported missing on Nov 28 after having departed Cape Marina in Port Canaveral on Nov 27 and not returning. Watchstanders at Coast Guard Sector Jacksonville received initial report of the missing man on Nov 28 at 11:40 a.m., from a member at Cape Marina stating Bee typically does not stay out overnight on his boat. Watchstanders dispatched a C-130 Hercules aircrew from Coast Guard Air Station Clearwater to respond and directed Coast Guard Station Port Canaveral watchstanders to issue preliminary and extended communications in an effort to locate the missing man. The 7th District Coast Guard command center watchstanders issued an Enhanced Group Calling to mariners located in the vicinity of the search area to keep a lookout for the vessel and report any findings to the Coast Guard. A U.S. Customs and Border Patrol air marine asset also assisted in the search. Report with photos: https://www.mercatoshow.com/accroche-a-la-coque-de-son-bateau-en-train-de-couler-il-a-ete-sauve-in-extremis/

The "Angeles" ran aground on the anchorage of Puerto Cortes in Honduras on July 12, 2018, at 8 a.m. The ship drifted aground after having dropped anchor upon its arrival from Puerto Barrios, Guatemala, where it had sailed on July 10. On July 13 the vessel was still stuck in position 15° 49.97' N 087° 56.66' W. A Dutch salvage company was contracted, and a technicians team was to arrive soon at the grounding site.