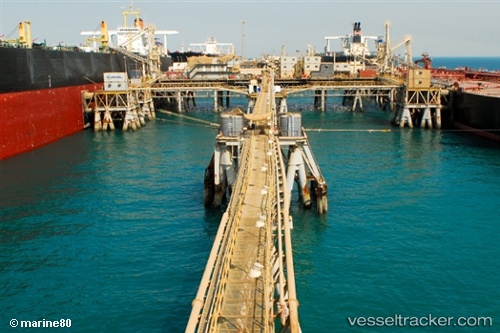 July 16: A fire at Iraq’s southern Basra offshore oil export terminal briefly halted crude loading operations on Tuesday but was put out and loading resumed, Iraqi oil officials said. The fire occurred in a residential section of the terminal accommodating workers and did not directly damage oil infrastructure, a port official and sources in the Basra Oil Company said. “Fire erupted at around 5 am (0200 GMT) and it was put out in two hours. We had to halt crude loading operations for three hours for safety issues,” said a port official who was speaking from the Basra port. Basra port has restored full operations with no stoppage at the oil exports jetties, said a statement from the state-run Basra Oil Company. Four workers suffered minor injuries, it added.

Repair work at a Basra oil jetty damaged by a tanker collision last month were completed on Sunday, two officials at state-run South Oil Company told Reuters on Monday, April 18.| Crude exports from the Basra terminal were not affected by the collision that happened on March 24.

Berth 1 at Basrah Oil Terminal has been out of action since 10 pm local time Friday, March 24, when it was hit by a Japanese-owned VLCC.