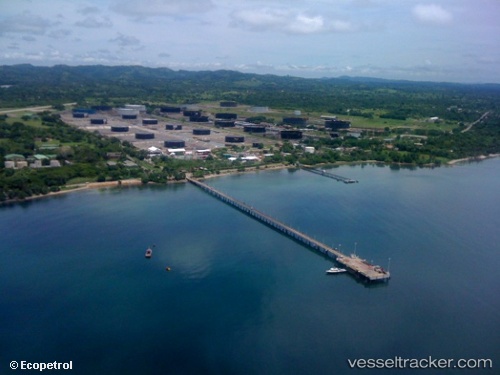 The Colombian port of Covenas, located on the Caribbean coast of the South American country, saw its first import cargo of crude earlier this month, a source close to the situation said. The Afra Hawthorn, an Aframax-size vessel, delivered 475,000 barrels of an undisclosed crude to what historically has been an export terminal on May 10, according to cFlow, Platts trade flow software. Covenas is Colombia’s main crude export facility, responsible for over 90% of the country’s crude exports. The port can now import full-sized Suezmax vessels and half-loaded VLCCs, according to the source. Colombia has been importing crude since the recently upgraded Cartagena Refinery began operations during the last quarter of 2015. Crudes imported include light crude from Brazil, West Africa, Russia, the North Sea, and the US, according to loading programs seen by Platts. Until now, these crudes have been shipped to the port of Mamonal, which is also on Columbia’s Caribbean coastline. Source: Platts