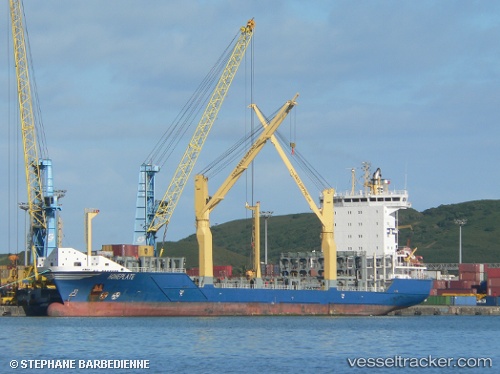 In the afternoon of Jan 20, 2019, the "AS Laetitia" was NUC due to a mechanical damage in the area of ​​the Thermaikos Gulf with a crew of 15 on board without, however, requesting assistance. A patrol boat was later sent to the ship, and a few hours later, the damage was rectified by own means, and the vessel was able to sail to the port of Thessaloniki around 8 p.,. The port authority carried out a preliminary investigation, and the ship was detained until a class certificate has been issued by the relevant classification society. The vessel sailed on Jan 21 at 8.15 p.m. and berthed in Istanbul on Jan 22 at 11 p.m. before proceeding to Gemlik, ETA Jan 23 at 3.30 p.m.

On Feb 14, 2018, the "AS Laetitia", enroute from Ambarli to Piraeus in loaded condition, experienced a technical failure during the Dardanelles passage and dropped anchor at Karanlik Liman anchorage at 10 a.m. The vessel's strait passage permission was temporarily cancelled by the strait authority until the completion of permanent repairs. Repairs were being effected by the crew six nautical miles from Kepez in pos. 40 01 30.48N, 26 17 35.04E.