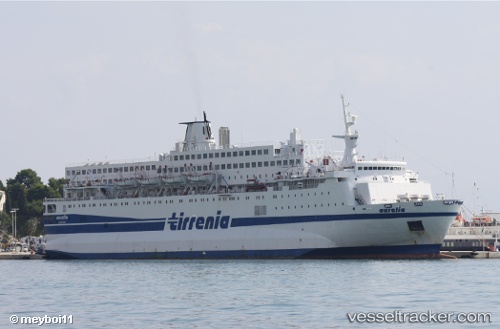 About 100 migrants, who had landed at the Lampedusa hotspot, boarded the quarantine ship 'Aurelia' in the afternoon of April 24, 2022, it had docked in Cala Pisana. To arrange the transfer, which the police took care of, the Prefecture of Agrigento, in agreement with the Interior Ministry, was involved. In the first reception facility there are 211 migrants, about a hundred who have landed on the island in the last few hours in three consecutive landings. The good conditions of the sea, however, suggeste new arrivals.

21 of the eighty migrants who had to be embarked to carry out the quarantine on board the ship "Aurelia" docked at the quay of the commercial port of Augusta from Aug 25 to 28 2021, were charged by the State for unmotivated and violent protests in order not to undergo the planned period of quarantine, despite the persistence of the current pandemic emergency. The offenses for which the migrants were being investigated, all Tunisians from the hotspot of Lampedusa, ranged from aggravated damage, relating to areas of the ship, to aggravated private violence, theft and aggravated resistance to public officials. The police personnel from the Augusta and Pachino police stations wreeassisted by other colleagues. Having identified the most troublemakers, they have isolated and denounced them. The supervisory measures ordered by the Police Commissioner on the occasion of the migrants' disembarkation and embarkation operations, combined with the professionalism of the agents have avoided the succession of further incidents and contained the violent intemperance of migrants.

The 'Aurelia' arrived in Messina on July 9, 2021, at dawn from Augusta with 148 migrants on board who spent a few days in the first reception center of Lampedusa. 100 landed in the city, and ship subsequently left the port at 9.20 a.m. on July 10. One man who was tested positive for Covid-19 was transferred to the Polyclinic. Another person remained under observation because he had been in close contact with the infected person.