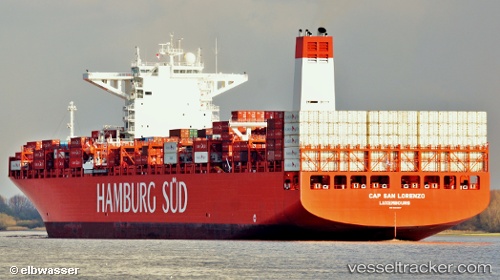 Cargo operations can be carried out

The Foreign Health has issued an Authorization Certificate that allows the loading and unloading of the goods transported by the 'Cap San Lorenzo' and the access of the stowage personnel necessary to carry out these works, in limited areas according to the protocol established by the shipping company. The ship was berthed at the Juan Carlos I Pier in Algeciras. APM Terminals Algeciras has coordinated the necessary actions to guarantee the hygienic-sanitary conditions of the operations. Likewise, it has maintained constant communication with the representatives of the stowage and terminal workers, with the Port Employment Center and with the health authorities of the Port of Algeciras. Foreign Health has carried out the inspection of the ship and, once the disinfection of the access and work areas on the ship has been completed and certified - which have been cordoned off - it has authorized both stowage tasks and other services required by the vessel. Among them, the provisioning and the removal of waste. Once operations at the container terminal have been completed, the 'Cap San Lorenzo' will move to an anchorage for the quarantine imposed by the health authorities on its crew which lasts until June 25. Until that date, they will not be able to board or disembark people and the vessel will not be able to move without authorization.

After one of the crew members on the 'Cap San Lorenzo' of the shipping company Hamburg Süd tested positive for the corona virus on May, 23, the ship remained moored in the Brazilian port of Santos and had to be quarantined by the local authorities for two weeks until June 9 before she can continue her journey. According to a Dutch importer, the ship includes 129 reefers with limes. The ship departed from the port of Buenos Aires on May 16. The port of Santos was the last port call before the ship started crossing to the Spanish port of Algeciras where it was expected to arrive on June 5. The ship would then continue to Rotterdam, London and Hamburg.

One crew member of the 'Cap San Lorenzo' was tested positive for the COVID-19 virus by the National Health Surveillance Agency (ANVISA). The ship had berthed at Santos on May 24, 2020, where then the man was to be relieved and return home. During a mandatory testing in advance, ANVISA found him positive. All crew members were tested, the cargo operations were cancelled,and the ship was taken to outer anchorage and anchored in pos. 24° 7.77' N 046° 18.47' W on May 25 to wait for testing results.