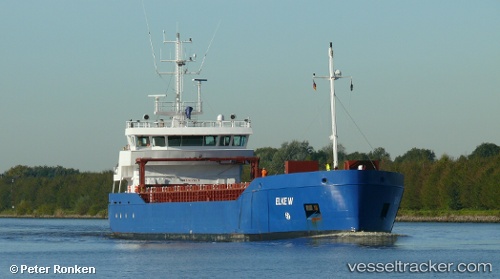 On Sep 2, 2017, at 5 a.m. LT the "Elke W", while transiting the Vessels Traffic Separation Zone in the approach of the Gulf of Vyborg, didn’t change course when passing the light buoy No.1., heading towards the Halli Rock islet. The Marine Traffic Control operator called the vessel on VHF, the bridge watch answered non-stop calls in 10 minutes. Finally the ship changed course and returned to safe waters four minutes before running onto the rock. It was underway from Sczcezin, wher it had sailed on Sep 8, to La Coruna, ETA Sep 14.