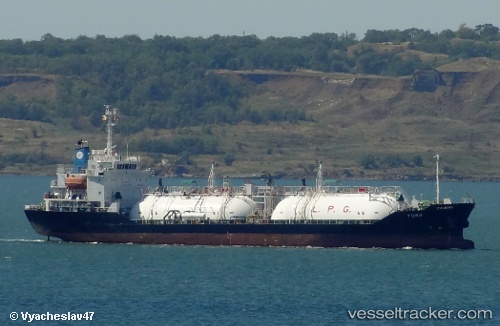 The US Coast Guard has closed the Mississippi river from the miles three to seven due to a fire in the engine room of the 'Epic Balta' on Oct 22, 2019. The fire has been contained and the river closure was not anticipated to last much longer. The tanker berthed in Venice, Louisiana, at 6.35 p.m. It had sailed from Kingston, Jamaica, on Oct 17.

On April 3, 2019, the "Epic Balta" rescued a 69-year-old yacht skipper from Barcelona in Caribbean waters after the sailboat with which he participated in a regatta had sunk. About 03.50 a.m. the National Center for Rescue Coordinatio in Madrid received an alert that a Spanish sailboat of 13 meters length was in distress in the waters between Jamaica and Honduras. This agency notified the MRCC of Colombia to coordinate the rescue, which immediately mobilized the closest means to the Catalan skipper. The "Epic Balta", enroute from Puerto Cortez to Point Lisas, diverted to the position and rescued the man. Short time later the sailboat sank 195 miles off the coast of Honduras. The castaway explained that he has heard a loud explosion on the ship and that soon after it has begun to sink. He had suffered minor injuries and remained on the tanker waiting for a Colombian warship to transport him to Colombia.

The "York" arrived at the Mbaraki wharf on Mar 13 at 11 a.m. with its crew on board. They were taken to Travellers Beach Hotel after security checks. Government officials, including the police, maritime officers, were barred from getting into the vessel. Security was tightened at the wharf as the crew left the vessel. The "York" crew composes of a German, two Ukrainians and 14 Filipinos.