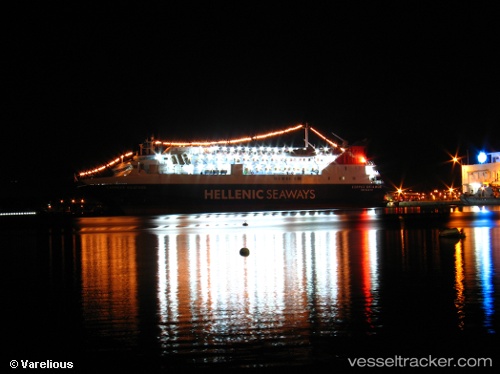 The Port Authority of Skiathos was informed in the morning of Nov 26, 2021, that the 'Skiathos Express' about a damage of the control system of the port side propeller off the port of Glossa Skopelos and was unable to approach the port, while operating the scheduled route Volos-Skiathos-Glossa Skopelos-Skopelos-Alonissos-Skopelos-Glossa Skopelos-Skiathos-Volos with 63 passengers on board. It sailed independently to the port of Skopelos, where the passengers disembarked safely,. After an inspection, a malfunction was found in the port side main engine. The passengers were transported to their destinations with the care of the shippingcompany. The Port Authority initially prohibited the departure of the ferry. A(fter the presentation of a certificate of seaworthiness from the monitoring classification society, the departure of the ship was allowed for an individual voyage.

The Port Authority of Skopelos was informed on Jan 11, 2021, that a 39-year-old crew member of the 'Skiathos Express' collapsed at the reception of the ship. He was initially provided with first aid by the crew of the ship. Upon the arrival in the port of Skopelos, he was disembarked and transported by ambulance to the Skopelos Health Center and later to the General Hospital of Volos for further examinations. A preliminary investigation is carried out by the 1st Skopelos Port Department of the Skiathos Port Authority, while the ship continued its approved route.

An 81 year old passenger aboard the 'Express Skiathos' died in the evening of March 13, 2020, during the passage from the port of Alonissos to the port of Volos. First aid was provided by the ship's crew, and the woman was transferred to the Achillopoulos General Hospital where her death was reported. A preliminary investigation was carried out by the Central Port Authority of Volos.