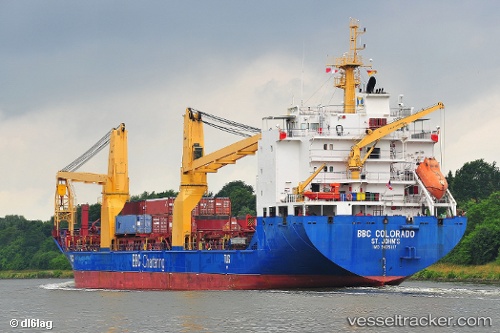 On April 3, 2019 at 7.45 p.m. the CROSS Etel was alerted by the Falmouth Maritime Rescue Coordination Center (MRCC) that the British yacht "Toledo Bay" was in distress with a crew of two 160 miles west of Pointe de Penmarc'h. The CROSS immediately broadcasted a Mayday Relay message and launched an SAR operation with two Falcon 50 surveillance aircraft of the French Navy and the diversion of the "Frieda" which was nearby on its voyage from Gibraltar to Tunadal. At 9:38 p.m., the "Toledo Bay" was located dismasted, with one person on board. A Cayman Navy helicopter, based in Lanvéoc, hoisted the man who was delivered at the hospital Cavale Blanche in Brest on Apr 4 at 1.25 a.m. Until 02:15, a Falcon 50 continued the search in the area of ​​the second crew member of the yacht. At 04.45 a.m. the search was suspended. An urgent warning to mariners (AVURNAV) has been issued by the Maritime Prefecture of the Atlantic to warn of the abandoned and drifiing yacht. French report with photo: https://www.premar-atlantique.gouv.fr/communiques-presse/operation-de-recherche-et-sauvetage-pour-un-homme-a-la-mer-ouest-penmarc-h

The "BBC Colorado" was towed into Seattle by the "Resolve Pioneer" on Oct 18 at 4 p.m. and berthed at the APL Seattle Terminal in the West Waterway.

The "BBC Colorado" issued a distress signal on Oct 5, 2016, reporting engine failure in stormy weather in the North Pacific, south of the Aleutian Islands, while en route from Shanghai to Portland. The master reported that the ship had experienced a severe engine casualty, restricting its speed and maneuverability. With forecasted seas of 30-feet and winds in excess of 50 knots closing in on it’s location, the "BBC Colorado" requested the Coast Guard’s assistance. The patrol boat "Morgenthau" was diverted to the scene approximately 500 miles away. The "Morgenthau" was on an Alaska Patrol to carry out a living marine resources mission in the Bering Sea. While en route, the "Morgenthau"’s onboard command center worked jointly with the 17th District Command Center in Juneau to create a rescue assistance plan for the Colorado. Once within range of the" BBC Colorado", the "Morgenthau" crew launched their embarked helicopter to evaluate the condition of the ship, capture images of the vessel to better assist the towing evolution and make radio contact with the master. The "Morgenthau" then maintained a constant presence with the "BBC Colorado" for over 24 hours. The crew readied emergency gear, including heavy towing lines, survival equipment and increased the crew's readiness in case immediate response was necessary. The Coast Guard issued a marine assistance request, resulting in the response from the "Resolve Pioneer" which began making way towards the "BBC Colorado" on Oct 7 and took the freighter with its crew of 12 on board in tow on Oct 9. Upon confirmation that the tow was holding and intact, the "Morgenthau" resumed their mission of fisheries enforcement in the Gulf of Alaska and the Bering Sea, and the "Resolve Pioneer" made way for Washington. As of evening Oct 11, the convoy was proceeding towards USA coast at a speed of six knots, about 1000 miles southwest of the Juan de Fuca Strait, bound to Seattle, ETA Oct 18. Report with photo: http://www.uscgnews.com/go/doc/4007/2891622/