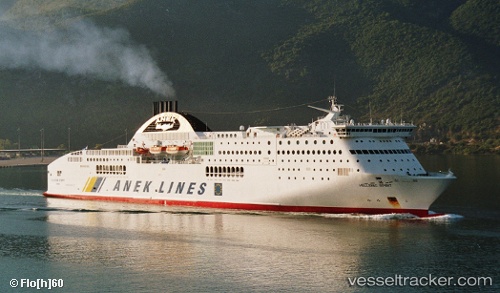 In the afternoon if July 31, 2022, the Central Port Authority of Patras was informed by the Master of the 'Hellenic Spirit', which had earlier sailed from the port of Patras bound for the port of Igoumenitsa and then the port of Ancona, that a 15-year-old foreign passenger felt unwell. The ship returned to the southern port of Patras, where the patient disembarked and was picked up by an ambulance and transferred to the University General Hospital of Rio for examinations.