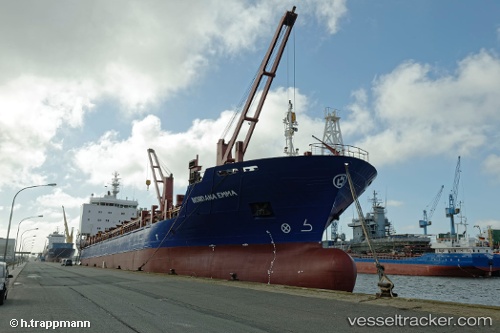 Dship Carriers is Expanding its Fleet dship Carriers, the multi-purpose project carrier belonging to the deugro Group, is expanding its fleet, adding three heavy-lift MPP vessels in July/August 2017, which will primarily be used for trade lanes between Asia, the Persian Gulf, and Europe. MVs Holandia, Helvetia, and Gallia were named after vessels that the Press family owned and operated in the 1980s. “With a combined lifting capacity of 240 metric tons and dead weight of 12,780 metric tons, these vessels are well-suited to support our growing client base and the contracts we have been awarded,” said Arne Koester, Executive Chartering Manager at dship Carriers. dship Carriers will continue to invest in project vessels between 9,500 and 17,500 DWT in order to further complement the existing fleet.

Rickmers-Linie is upgrading its India service with the addition of new vessels. It said it will provide direct eastbound and westbound service between Europe and India, although, calls in Pakistan and the Middle East will be made on an "inducement" basis. The carrier for project cargoes and heavy lifts said its Europe-India service will call at: Hamburg, Antwerp, Genoa, Mumbai and Chennai, as base ports. Four new vessels are in the process of entering this service, it said. The LINDE and MARTIN have been long-term chartered by the line, while the Rickmers Yokohama and Rickmers Tianjin are due for delivery from China's Xinshun Shipyard group in May and July, respectively. It said the Linde was the first to be phased in, starting her first eastbound voyage in mid-March. Read more http://www.schednet.com/news/newsbody.asp#HL8