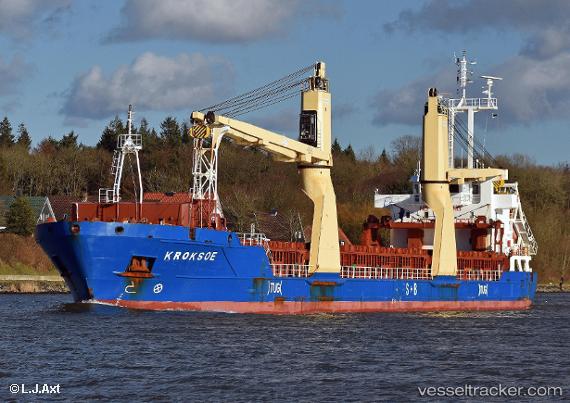 Following days of questioning by Stabroek News, the Guyana Revenue Authority this afternoon said that the cocaine bearing ship DeltaDiep was fined $12M and allowed to leave with its crew. The GRA press release follows: The Cypriot vessel, M/V DeltaDiep that was detained following the discovery of 185 packages of cocaine in a 40ft flat rack container on January 6 has been released after the fine of G$12M (US$60,000) was paid to the Guyana Revenue Authority (GRA). The fine was levied by the Commissioner-General of the GRA, Mr. Khurshid Sattaur, pursuant to the provisions made under Section 224 – 226 _of the Customs Act Chapter 82:01 in lieu of the forfeiture which took effect on January 9, by way of a Notice of Seizure on account of the narcotics found on board the vessel. The MV Deltadiep was represented by the law firm of Cameron & Shepherd who represented the Owners and Insurers of the vessel. The fine was negotiated with Cameron & Shepherd during one week of discussions and was finally resolved and based on the precedent of the MV CFS Palamedes. This vessel was discovered in 2007 with 300 kg of cocaine. It was fined $15 million. The Director of Public Prosecutions recommended no prosecutions. The GRA had initially reported that one hundred and eighty five (185) packages (192.420 kg) of cocaine unearthed from the DeltaDiep vessel, which arrived from Suriname, had an approximate value of $800M. However, subsequent information revealed that the packages valued Euros 45,000 (G$2.1B). The ship left the Netherlands via Parimaribo, Suriname then proceeded to Guyana to load bauxite and was scheduled for Belgium. http://www.stabroeknews.com/2015/news/stories/01/24/cocaine-ship-released-for-12m-fine-gra/

The captain and two crew of the "Delta Diep" remained in custody on Jan 8, after the ship was busted with some 192.4 kilos of cocaine as authorities continued to investigate the huge find. One other crew member was released on Jan 7, but it is not clear if he and the seven other crew members would be allowed to leave Guyana shortly. It was not clear also whether authorities in Guyana would take control of the vessel or if it would be released.

Guyanese authorities, in collaboration with their counterparts in Suriname, have seized an estimated 120 kilogrammes of cocaine from the "Delta Diep" that had loaded a consignment of bauxite. Officials estimate the street value of the narcotic at about US$10 million. The cocaine was stashed under the wooden base of a shipping container flat rack aboard the vessel which was headed for Spain, The Netherlands and Belgium. The General of the Guyana Revenue Authority's Drug Enforcement Unit (DEU) and CANU were mounted based on information provided by Suriname’s Port Control Unit. The vessel was leaving Linde when it was intercepted by anti-drug agents late in the night of Jan 5, 2015. The flat rack was taken to the John Fernandes Limited container terminal where numerous packets of the cocaine were taken off, weighed and seized as evidence. The captain and crew members have been arrested. Report with photo: http://www.caribnewsdesk.com/news/9178-breaking-news-guyana-cocaine-seizure-aboard-cargo-ship