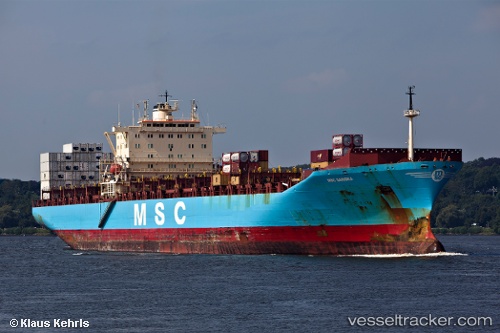 The "MSC Sariska" suffered an engine failure three miles southwest of Les Eboulements, Quebec, in position 47 25 47 N, 70 24 46 W, and had to stop in the Lawrence River off Iles Aux Coudres, on April 7, 2019, at 8.30 p.m. The crew carried out repairs and the vessel resumed its voyage. On April 8 at 6 p.m. it berthed at the Termont Maisonneuve Container Terminal in Montreal.

Russian crew member could not be saved

The Gravesend lifeboat was called in an attempt to save an unconscious man aboard the "MSC Sariska" on Jan 5, 2016, at 10.30 a.m. London Coastguard received a report that a Russian crew member had stopped breathing. When the RNLI boat arrived on the scene the crew found man had collapsed on the deck at the back of the ship and his colleagues were already carrying out chest compressions on him. They then attached a defibrillator and administered CPR for around 40 minutes. Once the container ship had docked at the Stanford leHope superport London Gateway, the East of England Ambulance service including its HART (Hazardous Area Response Team), offered further assistance. Care was then handed over to the ambulance crews and they spent another 30 minutes trying in vain to save the man’s life. Report with video: http://www.thurrockgazette.co.uk/news/14185704.Crew_member_dies_as_cargo_ship_docks_at_Stanford_le_Hope_superport/

The Polish rescue helicopter Anakonda medevaced a badly burned crew member from the "MSC Sariska" in the Baltic Sea and delivered him to Gdynia. The man was exercising in a ship’s gym when a fire broke out. He suffered 90% burns. A helicopter reached the ship within 30 minutes of the master radioing for support. The vessel had sailed from Bremerhaven on Sep 11, 2015, bound to Gdynia where it dropped anchor off the port on Sep 13.