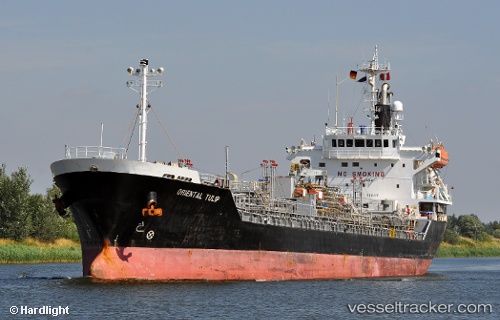 Tanker in distress in Red Sea

Tanker arrested due to cargo theft

After the "Bon Vent" was arrested in the port of Yuzhniy, Ukraine, the tanker tried to flee without proper procedures, odin.tc reports. The ship was detained in accordance with the decision of Yuzhniy Court by the Ukrainian Coast Guard, and taken back to port. In 2013, a company based in Nikolayev had chartered the "Bon Vent" for the delivery of sunflower oil from Yuzhniy to Dubai. The vessel sailed from Yuzhniy and then disappeared, later reappearing in Iran. The company contacted Iranian authorities, who prevented the offloading of the cargo. Nevertheless, the vessel managed to deliver its cargo of 9000 tons with a value of around $9,000,000 to somebody not mentioned in BL or contract. The vessel was sent to Yuzhniy in May 2014. The Ukrainian company apparently was monitoring the "Bon Vent". When the tanker reappeared in Yuzhniy, the company went to court and got an arrest warrant. On June 12, the vessel was detained by PSC in Yuzhniy for a number of deficiencies.