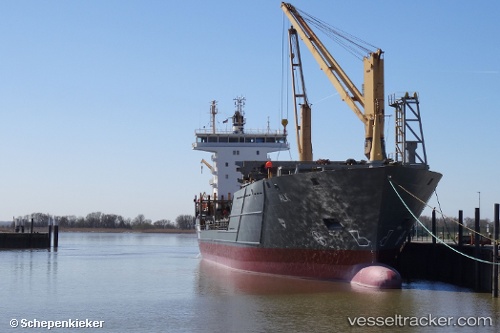 Samskip has expanded its shortsea service network in Norway with Kristiansund and Molde by adding Gjemnes as its 10th port of call, the company said in its press release. The multimodal solution provider describes the move as its latest strategic step to intensify Samskip's presence in the Nordic region and enhance efficiency. It follows on from the introduction of the larger capacity 657 TEU container vessel MV ALK into Norwegian West Coast shortsea services in mid-2015.Centrally located in the county of More and Romsdal, between oil & gas- and salmon-rich Kristiansund and Molde, the port of Gjemnes is well placed to cater for industry and consumers in the region. The port is also a flexible transhipment hub, handling significant numbers of coastal breakbulk and container vessel calls. “Narrow roads and limited infrastructure make trucking to and from the major Norwegian city of Ålesund, expensive, unsafe and environmentally unfriendly,” says Are Grathen, General Manager Norway. “With a fixed weekly Tuesday departure ex Rotterdam to the port of Gjemnes and a Saturday arrival and departure from Gjemnes, Samskip offers a reliable alternative for the region. Moreover, from Gjemnes it is the shortest available lead time (50 hours).The shortsea service connects the Gjemnes area directly into the Samskip European multimodal network as well as to major deepsea terminals for shipments worldwide. The service is open to all types of intermodal loading units such as 45ft containers, reefers, tank containers and bulk containers. http://en.portnews.ru/news/213714/

Lay up of nine months ended

On Mar 20, 2015, the "Alk" left the port of GGlückstadt after a lay up of nine months under the former Name "Kappeln". Before the departure, workes of the Company Cornels had fixed the engine. At 2.30 p.m. thg tug "Vorwärts" pulled the ship out of the port towards the Rhin plate. Next the ship will be overhauled at the Husum Shipyard. http://www.shz.de/lokales/norddeutsche-rundschau/millimeter-arbeit-bei-der-ausfahrt-id9257781.html

Kappeln sold to Lübeck based company

The "Kappeln" has been sold to the Lubeca Marine in Lübeck with a delivery date end of February 2015 and will then face an overhaul of about 2-3 weeks. The ship had been towed into the port of Glückstädt in July 2014 after the owner, a closed fond, went bankrupt. Lubeca planned to use the ship in the Caribic starting mid-March. German report with photo: http://www.shz.de/lokales/norddeutsche-rundschau/containerschiff-kappeln-ist-verkauft-id8824706.html