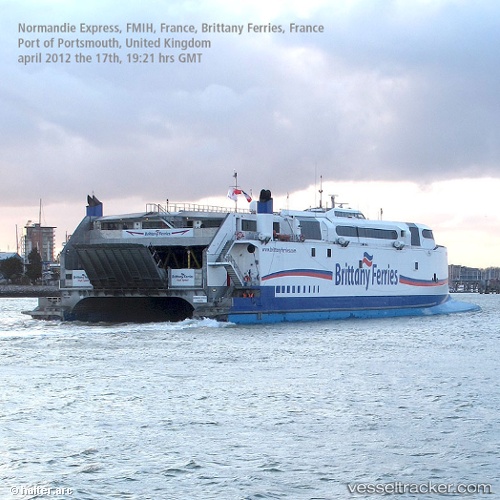 On June 9, 2014, at 12:15 p.m. the "Normandie Express" requested medical assistance while approaching Cherbourg, by the CROSS Joburg. After a conference call with the Medical Maritime Coordination Center (SAMU) in Le Havre, it was decided to dock the ship in port where an ambulance took the patient to hospital at 1 p.m.

On Sep 5, 2013, at 2 p.m. the crew of the "Normandie Express" reported having spotted a 7,5-m-sailing boat which had previously been reported overdue about 25 nautical miles northwest of Havre. The crew launched a boat and found that the boat was empty. On Sep 4 at 9 p.m. the CROSS Jobourg had been contacted by the wife of the missing sailor, anxious not to have news of her husband who had left the port of Le Havre and should have returned before 8 p.m. Many water and air resources were mobilized by the civil defense helicopters, the French navy and customs as well as the lifeboat and the pilot boat of Le Havre, the f/v "Ptit Pierre" and other craft.