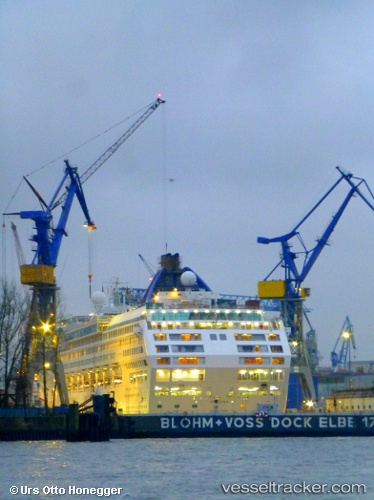 P&O Cruises will base Oceana in Dubai in January 2019 -- the first time it has based a ship in the Arabian Gulf. The partial season will run from January 10 to April 4 2019 with Oceana sailing five 10-night cruises from Dubai, calling in at Abu Dhabi, Muscat, Bahrain and the Suez Canal. If the season proves a success, the line will offer a full season of cruises on the 2,000-passenger ship from October 2019 to April 2020, said P&O Cruises senior vice president Paul Ludlow. http://www.cruisecritic.co.uk/news/news.cfm?ID=7602

P&O Oceana to homeport at Valletta Cruise Port in 2017

P&O Cruises’ P&O Oceana is to homeport at Valletta Cruise Port in Malta during 2017. P&O Oceana will provide 27 fly-and-cruise departures from Valletta as part of the new homeporting agreement, which will equate to more than 100,000 passenger movements. The vessels will make a further five day visits in Malta, while additional calls are planned for 2018.

A month ago, a crew member aboard the P&O Oceana notified that the cruise ship failed a sanitation inspection by the enters for Disease Control and Prevention (CDC) while the ship was in port in Charleston, South Carolina. Oceana received a score of 82; 85 or lower is considered a failure. I have been checking the CDC's online inspection scores since then. I have been asking the CDC when it will release its report on the Oceana. The report was finally released today. You can read the report here. The report indicated that several back-flow prevention devices, to prevent the contamination of potable water, did not have test results and appeared not to be tested. The ship's Riviera swimming pool and Crystal whirlpool did not have adequate levels of chlorinated and bromine, failed to have hair and lint strainers / filters and were not disinfected. The inspector closed the recreational water facilities on the ship. The report also revealed that a food handler had an onset of Acute Gastroenteritis (AGE) and exhibited symptoms at 9:00 A.M. in the morning but did did not report to the medical center until 11:20 A.M. A review of the crew member's work history indicated that this crew member worked, notwithstanding his illness, from 7:30 A.M. until 10:30 A.M. http://www.cruiselawnews.com/2016/04/articles/disease-1/po-oceana-flunks-cdc-sanitation-inspection/