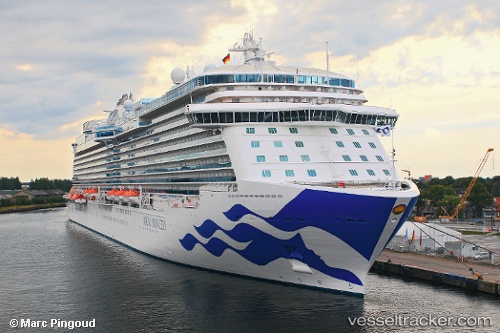 The Port Authority of Thira was informed in the evening of Sep 18, 2022, by the maritime agent of the 'Regal Princess' that two passengers aged 69 years and 79 years, needed to be transported to a hospital due to injuries. The 'Fantasia' picked them up and transported them to the Athenios port, from where an ambulance transferred them to a private clinic for medical treatment, while the ship continued on its routefrom Thira to Kotor.

On Aug 15, 2022, a medical evacuation was carried out off Cartagena from the 'REgal Princess' after a passenger fell ill. Salvamento Marítimo deployed the Sar boat 'Salvamar Draco' to assist the passenger aboard the ship which was en route from Gibraltar to Marseille. The patient was medevaced at 4 a.m. and taken to Cartagena for further care.

The Port Authority of Thira was informed in the afternoon of June 25, 2022, by the naval agent of the 'Regal Princess', en route from Piraeus to Kotor, that a 75-year-old passenger of the ship needed immediate hospital treatment. He was disembarked onto the 'Ypapanti' and taken to the port of Athinios, where he was picked up by ambulance and taken to a private clinic in Thera for further medical care.