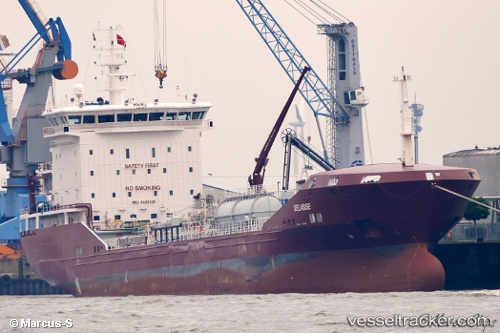 On Aug 20, 2019, the Honourable Marc Garneau, Minister of Transport in Canada, announced that the department has fined the "Selasse" for alleged non-compliance of a temporary mandatory speed restriction. The tanker was issued a $6000 fine. While compliance with the protection measures remained high, there were still a few exceptions, and Transport Canada continued to examine all reported cases of non-compliance. The "Selasse" was enroute from Montreal to Lavera with an ETA as of Aug 28.

The "Selasse" got disabled on Lake Saint-Pierre off Yamachiche, Quebec, after the main engine overheated because the sea water system was blocked by ice in position 46 15.225 N, 072 42.762 W, on Feb 10, 2019, at 10.50 p.m. The vessel anchored, took on ballast water, and the crew made adjustments to the cooling water systems. The vessel proceeded to Trois-Rivieres Harbour for repairs. The tanker sailed from Pointe aux Trembles on Feb 10 and called at New Haven, on Feb 16 at 4 p.m.