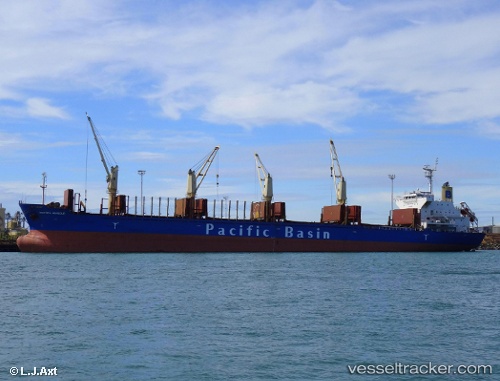 Captain fined for deballasting in port

The captain of the 'Victoria Harbour' was sentenced by the Rouen court on April 2, 2021, for having discharged 5,000 tonnes of ballast water into the Seine in 2018. He was convicted on March 15 for carrying out unballasting in the port of Rouen. On December 20, 2018, the ship was berthed in the port of Canteleu to load 12,000 tonnes of wheatbound to Cuba. A routine check was carried out by inspectors from the Ship Safety Center, who identified the criminal offense. Placed in police custody in the wake, the captain of Chinese nationality, aged 48 today, admitted, during his hearing by the gendarmes, having loaded 9,000 tonnes of ballast water in the port of Algiers and dumped 5,000 tonnes into the Seine to ensure the stability of his ship when loading. According to the environmental code, deballasting must be carried out at least 200 nautical miles from the nearest coast and at least 200 meters deep" On April 2, the court therefore sentenced the captain of the 'Victoria Harbour' to a fine of 8,000 Euros for damages and to pay 4,000 Euros to the civil parties, made up of France nature environment and France nature environment Normandy.