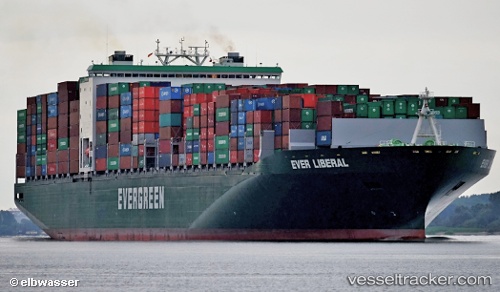 No dangerous goods in lost cargo

The Taiwan shipping company Evergreen Marine Corporation announced that 36 containers had fallen off the 'Ever Liberal' after leaving the port of Busan en route to Los Angeles on December 30. According to Evergreen, the ship encountered strong winds and rough seas 20 nautical miles south of Kyushu, causing the collapse of container stacks on the vessel. Twenty-one 40-foot containers fell onto the deck, while 36 fell into the sea. Evergreen said that no personnel were injured in the incident, and none of the containers contained dangerous goods. The ship’s captain immediately notified Japan Coast Guard so that ships in adjacent waters could be notified about the drifting containers. The vessel was diverted to the port of Taipei to have the damaged cargo taken care of. Evergreen also said that it is engaged in salvage operations to retrieve the drifting containers. Report with photo: https://taiwanenglishnews.com/evergreen-marine-container-ship-loses-36-containers-at-sea/

The 'Ever Liberal' lost 36 40-foot containers overboard, and 28 containers, also 40-foot boxes, collapsed and suffered various damages on Dec 30, 2020, enroute from Shanghai to Los Angeles. The ship changed course towards Tokyo, later it was again corrected to Taipei. The vessel berthed at the Port Container Terminal Co. on Jan 2 at 5 a.m. Several 40-foot containers were spotted floating east of Shimokushiki-Jima island and the Kyushu coast on Dec 30 at 02.30 a.m. in the vicinity of pos. 31 21 N 129 30 E.