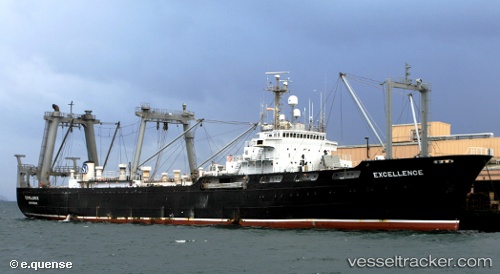 Th Phoenix Processor LP (Phoenix) has paid a $12,000 penalty issued in January by the Washington Department of Ecology (Ecology) for spilling 177 gallons disel fuel from the "Excellence" in Elliott Bay in Seattle. The ship spilled the diesel into the bay while taking on fuel at Pier 90 on May 9, 2011. The company promptly reported the spill and organized a cleanup response. The crew disregarded a set of written instructions that explained how to avoid this spill. The chief engineer failed to follow written instructions and a spill plan that cover the proper procedures and sequence for loading the "Excellence"’s fuel tanks. As a result, fuel spilled out of an air vent in one of the tanks. Compounding this problem, the crew had failed to properly plug a containment box that could have held back some or all of the spilled fuel. An oil-spill containment boom had been placed around the Excellence before fueling began, which kept the fuel from spreading beyond the immediate waters around the vessel. Ecology penalties may be appealed to the Washington State Pollution Control Hearings Board. Besides the $12,000 fine, Phoenix paid $3,010 to Ecology for the state’s costs to respond to the spill and oversee the cleanup of oil spilled into the bay. Earlier, the state also issued a $2,547 assessment for damage the spill caused to the public’s environmental resources, based on the amount spilled and the resources it placed at risk. Phoenix paid this assessment in Sep 2011. The "Excellence"’s most recent previous spill occurred in 2009 when three gallons of diesel oil spilled from a corroded fill pipe during fueling.

Excellence heads back to sea after ammonia leak

The fish processing vessel Excellence was headed back to pollock fishing Tuesday, following an ammonia leak that forced the vessel to spend 10 days in Unalaska while the fumes were vented, according to Joe Bersch, general manager of Premier Pacific Seafoods in Seattle, the vessel's owner. The July 6 ammonia leak sent two welders to the hospital in Anchorage, and forced the noontime evacuation of the Excellence's 129-member crew and businesses along Ballyhoo Road from the Dutch Harbor Spit to the Unalaska Marine Center, in the incident that occurred while the large floating processor was offloading frozen fish onto a tramper cargo vessel. The welders were later reported in stable condition. http://www.thedutchharborfisherman.com/article/1230excellence_heads_back_out_to_sea

The ammonia leak on board the "Excellence" has finally stopped by July 10. The leak had started in the afternoon of July 6 while the ship was tied up at the Kloosterboer Cold Storage Dock. A Hazmat team has been monitoring the spill and venting the ammonia fumes since then. The ship could be free of ammonia within the next 48 hours. At that point, a tug will tow the "Excellence" back to the Kloosterboer Dock for repairs. The Coast Guard is still investigating the cause of the leak.