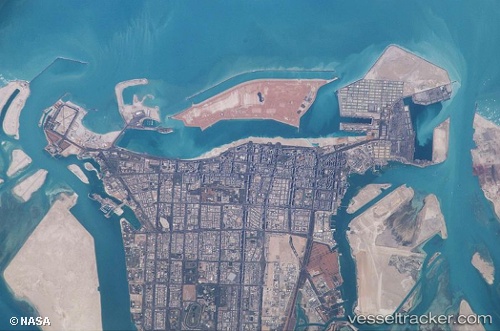 Maqta Gateway, an Abu Dhabi Ports subsidiary, has claimed that it is the first Abu Dhabi entity to develop and launch its own blockchain technology for imports and exports. Its ‘Silsal’ system will combine blockchain technology and unique digital user identities to provide a provide public access to transaction status updates, reduce the need for paperwork, calls and physical visits as well as to speed up information exchange. The Maqta Gateway, inaugurated in October 2017, is a project that is set to connect Abu Dhabi’s trade customers to services, processes and information through a unified interface. Blockchain technology will support Silsal as an open digital ledger for trade actors to record and extract details regarding transactions with greater security, transparency and efficiency. Maqta Gateway will offer Silsal to freight forwarders and their customers before extending it to the rest of the trade community as a complementary tool to Maqta’s Port Community System (mPCS). It has claimed that Silsal will be able to encrypt all transport documentation such as bills of lading, delivery orders, booking and transport orders. The customers of Silsal will include shipping agents, traders, custom brokers, freight forwarders and clearing agents, who will connect with entities integrated within the system both locally and internationally. Source: porttechnology.org

Abu Dhabi Ports is to become the first port in the Gulf to handle some of the world’s largest bulk cargo vessels. It has been made possible as a result of Emirates Global Aluminium (EGA), the largest industrial company outside oil and gas, signing long-term port facility agreement with Abu Dhabi Ports to import raw materials through Khalifa Port. With this agreement, Abu Dhabi Ports will be able to develop the port to become the first in the Gulf capable of directly handling these massive ships. Source: supplychaindigital.com

The Federal Transport Authority in the United Arab Emirates (UAE) has issued a circular banning all ships flagged by the Federated States of Micronesia. “All ships flying Micronesian flag are banned from entering UAE waters and ports.