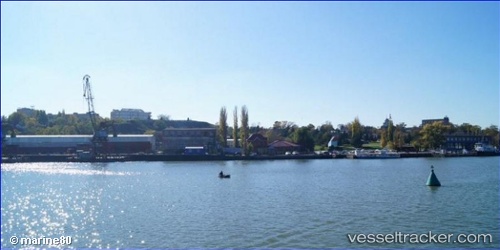 Moldova flagged MV USF-6 (owned by IBFS LTD) on January 16, 06:43 am ran aground in the basin of the Port of Azov, Russia. The ship laden with 4,569 tonnes of coal was en route Rostov-on-Don, Russia – Martha, Turkey with a pilot on board, the Rosmorrechflot's salvage and coordination centre told IAA PortNews. The same day (11:50) the icebreaker Kapitan Harchikov (owned by Azov branch of FGUP Rosmorport) assisted and refloated the coal carrier which then headed for Rostov-on-Don.

Seaport of Azov has been expanded by RF Government decree through inclusion of a plot of land 10.5 km from the mouth of the Don river intended for construction of a terminal for shipments of export grain and general cargo. The terminal will have the capacity of 700,000 t, says press center of FSUE Rosmorport. The terminal which is to be built at the mentioned plot of land will be able to accommodate vessels with deadweight of up to 5,000 t. The terminal will have three berths (two berths for grain shipments and one for general cargo). For accumulation of ship batches the facilities will include a 50,000-tonne elevator and an open storage yard for general cargo.

Period of suspended icebreaking assistance at Tagarog Bay is extended

With no ice in the Tagarog Bay, the period of suspended icebreaking assistance at ports of Azov, Taganrog and Rostov-on-Don has been extended by the orders of Harbour Masters, Administration of Taganrog seaport says. The order was signed on January 12, 2014.