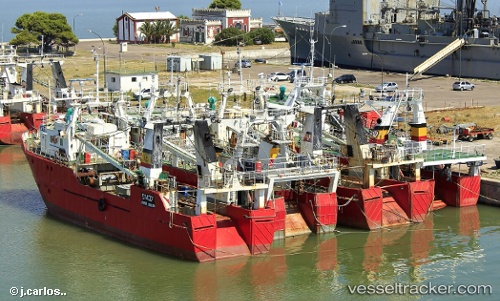 Argentina’s government wants construction of the country’s first LNG liquefaction terminal to start in the second half of 2019, making it possible to export an increasing surplus of production from the giant Vaca Muerta shale play, an official said. “We are confident that the decision to push the button on this project will come after the next presidential election in October 2019,” Daniel Dreizzen, the country’s secretary of energy planning, said at a Moody’s finance seminar in Buenos Aires. He said companies have brought forward proposals for building the terminal, which will be evaluated. Earlier this month, the country’s biggest gas transporter, Transportadora de Gas del Sur (TGS), and Texas-based Excelerate Energy, which operates two floating LNG import terminals in Argentina, agreed to study the possibility of a liquefaction project in Buenos Aires province. They said they would present the proposal to the government by the end of this year for evaluation. But if no company is ready to advance by next year, Dreizzen said the government will hold an auction to find a builder and operator of the project. The terminal will have six trains for exporting supplies and should start operations by 2023, with the capacity to ship an initial 40 million cu m/d from Vaca Muerta, Dreizzen told S&P Global Platts on the sidelines of the event.

New Bunkering Operation for Trafigura in the Americas

Commodity trading company Trafigura has has started a new bunkering venture in the Americas. As widely reported by various media outlets last month, Trafigura Group Pte Ltd recently acquired the majority of Pampa Energia SA’sdownstream assets. The deal will see some 250 of Pampa's retail service stations rebranded over the coming months. But the deal has also seen physical bunkering operations at Bahia Blanca, Argentina switch to Trafigura, Ship & Bunker has learned. It is understood that there is only one physical supplier in the port using a single barge to deliver notably low sulfur RMG380 as part of its offering. https://shipandbunker.com/news/am/824793-new-bunkering-operation-for-trafigura-in-the-americas

A week after making a tender to buy 11 shipments of LNG (liquefied natural gas), Argentina’s state-controlled energy company YPF took the plunge and bought five cargoes, traders said on Friday. The cargoes are expected to be split between Argentina’s two import terminals at Bahia Blanca (400 miles south of Buenos Aires) and at Puerto Escobar on the Parana River.