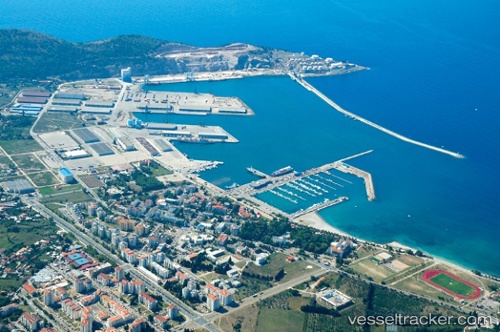 Montenegrin company Port of Adria, the operator of Bar port’s cargo terminal, has said it plans to put into operation a new crane to boost the container capacity of the harbour. With the new crane, produced by Swiss-based Liebherr, the container handling capacity of the port will double compared to the period before the privatisation, the company said in a statement. A total of 6.4 million euro ($7.6 million) was invested in the acquisition and installation of the crane, which has a lifting capacity of 68 tonnes, an outreach of 42 metres and can handle two containers at once, Port of Adria said. The delivery of the crane is part of the investment programme which Turkey-based Global Ports Holding (GPH), the parent company of Port of Adria, is carrying out under the terms of the privatisation deal, the company noted. In February, Port of Adria said it purchased the crane with the support of the European Bank for Reconstruction and Development (EBRD). The Montenegrin government sold a 62% stake in Bar port container and general cargo terminal operator KTGT to GPH for 8.08 million euro in November 2013. The investor pledged to invest 13.5 million euro within three years after the transaction. Following the three-year restructuring period, the Turkish company is obliged to provide a further 7.6 million euro in investments and 6.5 million euro to implement a social responsibility programme. Source: Seenews