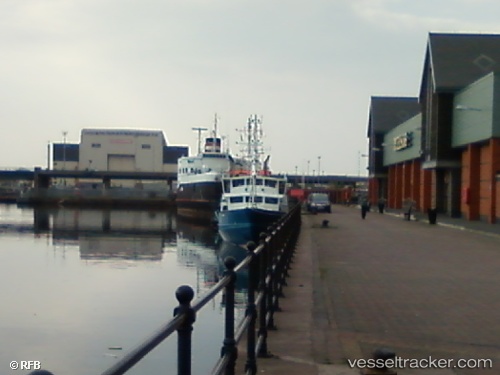 The world’s largest operational offshore wind farm, Walney Extension, opened at a ceremony in Barrow in the north-west of England. Walney Extension, which is owned by Ørsted and its partners PFA and PKA, is the first project to use wind turbines from two different manufacturers. About Walney Extension Offshore Wind Farm Owned by Ørsted (50%), PKA (25%) and PFA (25%) Located in the Irish Sea - approximately 19km from the Walney Island coast in Cumbria Covers an area of 145km2 equal to around 20,000 football pitches Total capacity of 659MW – capable of powering almost 600,000 UK homes First project to use turbine technology from two different manufacturers More than 200km of cables used to connect the turbines offshore to the National Grid onshore Features two offshore substations, each weighing 4,000 tonnes. The jacket foundation height is 50m, and topside height is 18.5m.

Port of Barrow adds new survey vessel to its fleet

The Port of Barrow has celebrated the latest addition to its fleet of survey vessels, the Christine H, by hosting a naming ceremony in memory of a former, valued colleague. ABP’s new vessel takes her name from ABP Barrow colleague, Christine Holmes, who sadly passed away in July 2017. The team at the Port of Barrow felt it would be a fitting tribute to Christine to name the vessel after her and continue her long association with the port.

DONG Energy announced today it has decided to construct the 660MW Walney Extension Offshore Wind Farm, located in the Irish Sea, approximately 19 kilometersm off the west coast of Britain. The final investment decision has been made after securing all necessary consents from authorities, completing site assessments and having signed the majority of the contracts for supply and installation to build the project, DONG said. Walney Extension is expected to be fully commissioned in 2018, at which time it will be the biggest offshore wind farm in the world, surpassing the 630MW London Array Offshore Wind Farm which was commissioned in 2014 by DONG Energy and its partners. The wind farm will be constructed and operated under the U.K.'s EMR FID-enabling regime with a fixed price for the first 15 years of production. http://www.marinelink.com/news/offshore-largest-worlds400084.aspx