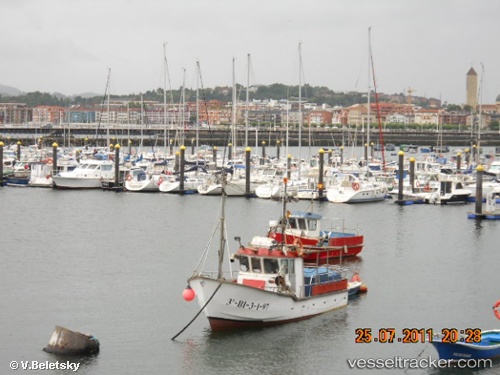 Worker Dies after Plunging into Water at Port of Bilbao

A stevedore worker lost his life while working at a container terminal in the Spanish Port of Bilbao, the port authority confirmed. As informed, the worker who was operating a forklift plunged into the water at 10:00 hrs on Wednesday at a terminal operated by Noatum Container Terminal. The port authority and local firefighting teams were dispatched to the scene and managed to pluck the ill-fated stevedore from the water. However, resuscitation attempts proved futile. Local media reported that the worker was employed with Montajes Eléctricos Gerpe SA, a subcontractor of Noatum. More at https://worldmaritimenews.com/archives/241158/worker-dies-after-plunging-into-water-at-port-of-bilbao/

With effect from 10th October, 2016 Samskip has increased the number of sailings between Rotterdam and Bilbao and has enhanced the rail set-up into Barcelona. Samskip is now able to offer a second sailing between Rotterdam and Bilbao each week.From Bilbao, rail services are operated to Madrid, Valencia, Vitoria, Zaragoza and Barcelona on a regular basis.With a new rail set-up of five train departures a week and a 3-day transit time between Perpignan and Rotterdam, Samskip offers a fast intermodal service linking Perpignan and Barcelona to Rotterdam with onward European connections.This rail service has replaced the rail connection between Duisburg and Bettembourg, which connected the Duisburg terminal to Lyon and Le Boulou, which was discontinued on 1st October 2016. Source : Portnews

European shipping company Transfennica has decided to cease its “Motorways of the Sea” Ro-Ro service between Bilbao, Portsmouth and Zeebrugge by the end of December 2014. The decision stems from the upcoming SECA legislation to enter into force on 1 January 2015, which will result in increasing fuel costs. The company said it expects that up to 50% of the trailer volumes will return to the road. The Board of Directors of Spliethoff Group therefore decided there is no profitable future for a Ro-Ro service on this route, started in September 2007, Transfennica explained.