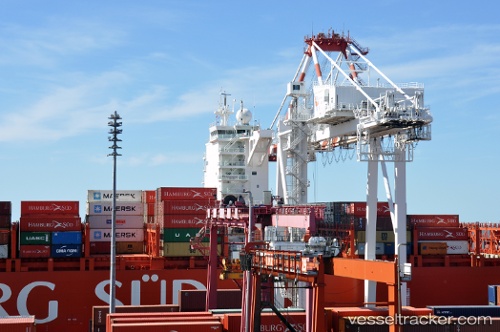 Kalmar, part of Cargotec, has signed an agreement with Exolgan S.A. to supply a total of four rubber-tyred gantry cranes (RTGs) with hybrid drivelines for its container terminal in Buenos Aires, Argentina.

The Argentinian government’s decision to unify the Port of Buenos Aires’ five box terminals under the single operator in 2019 has caused skirmishes to break out between some of the existing operators. DP World has made the first move. Its concession covering Terminales Río de la Plata (TRP) is due to expire next year, but the operator is reported to be threatening to pull out all together, blaming unfair competition. It accuses Maersk Line, Hamburg Süd and APM Terminals, which run Terminal 4, of “conduct and restrictive acts that are against competition”. Source: Port Strategy

Guillermo Dietrich, Argentina’s minister of transportation, has reduced the costs for large cruise ships that arrive at the Port of Buenos Aires with the aim of welcoming one million cruise guests to the country in 2018-2019. These reduced costs include a discount of US$1 in the port rate for each passenger for all cruises from the 2017-2018 cruise season, which was previously US$4. Dietrich visited the Crucero Benito Quinquela Martín terminal, in the Port of Buenos Aires, where he welcomed three ships carrying 12,000 tourists. During the 2018-2019 cruise season, MSC Cruises will change one of its ships, the 2,900-passenger MSC Musica, for the 4,000-passenger MSC Fantasia allowing a greater number of cruise guests to visit the port. This season, Argentina is predicted to receive approximately 490,000 cruise visitors, compared to 433,000 in 2016.