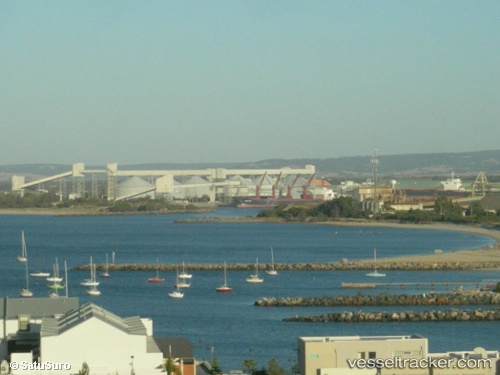 The Australian subsidiary of Lanco Infratech is expected to commence construction of a port from the third quarter of the year, said a notification issued by the Department of Environment, Australia. The Department, while seeking public opinion on the proposed dredging work at Bunbury port near Griffin Coal mines in Western Australia, said that Lanco Resources Australia Pty Ltd has proposed to undertake dredging of approximately 1.9 million cubic metres as part of the new Berth 14A located within the Inner Harbour of Bunbury Port in Western Australia. "Port construction is likely to commence in the third quarter of 2015 with the site being operational in April 2017, subject to the relevant approvals and availability of required resources. The export quantity of coal would progressively increase until the full capacity of 15 million tonnes per annum is achieved," the referral document released by the Australian government said. Dredging activities are proposed to commence in October and last for up to a maximum of 40 weeks. Lanco officials were not available for comments. Earlier, a senior official of the Group had said that the USD 1-billion Griffin coal project comprises three components including operating a mine, development of another mine and construction work at the Bunbury Port. With coal resources of approximately 1.1 billion tonnes, coal from Griffin caters to the export markets as well. Production at the mine during the year 2013-14 was 2.93 million tonnes while the same was dropped to 2.3 million tonnes during the last fiscal. http://echoofindia.com/hyderabad-lanco-may-soon-commence-port-project-australia-89412

The WA Environment Minister has given the green light for a $500 million coal export facility at Bunbury Port. Lanco Resources wants to export up to 12 million tonnes of coal each year from Griffin Coal’s Collie Basin operations. The facility will require dredging up to 1.9 million cubic metres at the port and blasting 20,000 cubic metres of rock. Environment Minister Albert Jacob approved Lanco’s proposal on a number of conditions, including a requirement to monitor dolphin populations and not conduct blasting activities during dolphin calving periods from October to May each year. Lanco’s executive general manager David Trench says the company is happy to comply with all environmental conditions.

More than 150 Bunbury and Fremantle port workers have been locked out by POAGS in an escalating industrial dispute. Bunbury workers set up a small picket line after they were refused entry on Monday night. Maritime Union of Australia Bunbury delegate Dave Hughes said more than 70 workers faced not being paid over Christmas. Workers had arrived on Monday to start work after a legal strike over the weekend to find their access cards did not work. Mr Hughes said POAGS brought in outside labour on the MUA-dominated worksite during the lockout. More to read at http://au.news.yahoo.com/thewest/regional/southwest/a/-/news/12346898/bunbury-port-lockouts-continue/