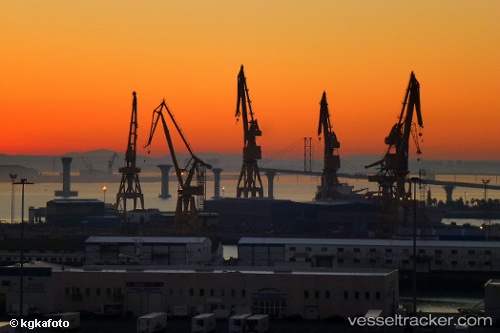 All four of Fred. Olsen Cruise Lines’ ocean ships met in Cádiz, Spain on 10 September, marking the second time in history that the entire ocean fleet has been in the same place at the same time. Following on from the first four-ship meet in Bergen, Norway in July 2015, the Captains in Cádiz event saw Balmoral, Braemar, Boudicca and Black Watch sailed into the Spanish port just before 8am. Their 4,000 guests were welcomed by the Los Sones de Cádiz band. Planned in collaboration with Cádiz Port Authority and various Cádiz and Andalusian tourism partners, the event enabled guests to tour the ships, participate in a ‘Siege of Cádiz’ themed treasure hunt, watch performances by live bands and Flamenco dancers, sample local produce and local sherry, and watch the crew competing in an inter-ship Tug of War competition. The celebration also enabled the fleet’s eight ship masters to meet up with one another and key executives, including the company’s chairman Fred Olsen

On 10th September 2018 all four cruise ships of Fred. Olsen Cruise lines were gathered in the port of Cadiz. All cruise ship captains of Fred. Olsen attended the event. Fred Olsen were celebrating the 170th anniversary. http://cruisedeck.de/captains-in-cadiz-treffen-der-fred-olsen-cruise-lines-flotte/

Navantia’s shipyard in Cadiz is hosting four cruise ships simultaneously this week. A new stern transverse propeller is being installed on TUI Cruises’ Mein Schiff 3. The yard prefabricated a new block of steel with the new propeller, allowing for a fast installation and minimum downtime for the ship.The Splendour of the Seas from Royal Caribbean, is in the yard for a complete remodeling of the interior and exterior of the ship during the last part of April and May. The World, managed by Wilhelmsen, is in the yard for upgrades to its residences and common areas.And the World Odyssey of the Semester at Sea program, the former Deutschland, will also have upgrades to accommodations and public areas.