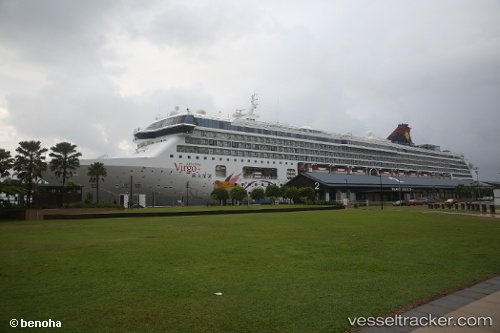 Carnival Australia has renewed its commitment to help Cairns grow as a cruise hub by booking multiple calls at the Australian city’s cruise terminal, which is managed by Ports North. Between May 2018 and the end of 2019, Cairns will host 90 ship calls, the majority of which will be made by ships in Carnival Australia’s Princess Cruises, Holland America Line and Seabourn brands. Two ships from its P&O Cruises Australia brand – Pacific Dawn and Pacific Jewel – will make a total of seven two-day alongside calls to Cairns in 2019, anchoring off Yorkeys Knob. In future, Ports North hopes to secure calls from the brands’ larger cruise ships, thanks to the completion of the Cairns Shipping Development Project. This involved Ports North dredging the Trinity Inlet channel to improve access for large cruise vessels of up to 300 metres in length to make alongside calls.

RESIDENTS living opposite the Port of Cairns are kicking up a stink over cruise ship funnel emissions. Wharf Street residents are calling for better control of the fumes from ship smoke stacks. Piermonde Apartments residents Belinda and Patrick Peck said a change in wind direction in the past two months had forced them to keep their windows shut. “It makes us feel sick, absolutely sick. We have headaches, and it stinks,” she said. “Who wants to breathe that? Who wants to get that forced into their apartment? It’s just terrible.” She said they and their neighbours were fans of the ships coming into the port and the visitors that they brought. “We’re not trying to stop the ships. We love the ships, we love what it does for the economy,” she said. “But we have emission controls with cars, so we need emission controls with ships.” http://www.cairnspost.com.au/news/cairns/cruise-ships-leave-behind-a-bad-smell-for-cairns-city-residents/news-story/cc30a1aa1acb08528497003ba9daf482

DREDGING is the only way Royal Caribbean International will bring its larger cruise ships into the Cairns harbour. The operator has ruled out putting three of their bigger liners through computer simulations to ascertain whether they can safely traverse the shipping channel. A company spokeswoman said their liners were quite simply far too big without dredging the shipping channel. Earlier this week Princess Cruises announced that the 161m long and 77,400-plus tonne Sun Princess, Sea ­Princess and Dawn Princess would no longer have to anchor off Yorkeys Knob and would dock at the Cairns Cruise Liner Terminal from June following new simulator exercises. The Royal Caribbean spokeswoman said Rhapsody of the Seas currently held the record for largest ship to dock in Cairns and frequently visited the port until 2015, following the tests. http://www.cairnspost.com.au/business/cruise-company-says-dredging-only-choice-for-big-ships-in-cairns/news-story/d515a14c655b4385fa97f8a1725ed71c