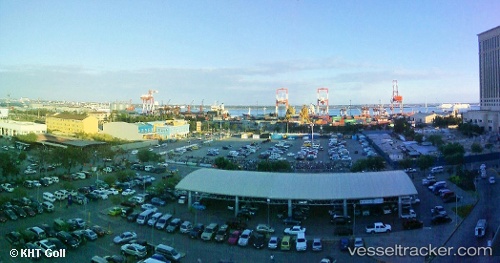 On its way from Cebu to Tagbilaran City, Bohol, the 'Oceanjet 88', 240 gt (IMO: 9712929), was forced to return to port in the morning of Jan 10, 2020, after its starboard-side generator set experienced a voltage fluctuation due to bogged down air-conditioning compressor. The chief engineer found out that the port and starboard’s air-conditioning compressor broke down and experienced high voltage, affecting the starboard-side generator. The malfunction occurred while sailing along the vicinity of the Naga Point just between the waters of Bohol and Cebu. At the Pier 1, all of the 191 passengers of the 'Oceanjet 88' were transferred to the 'Oceanjet 15' which departed at 10:10 a.m.

Following Philippines President Rodrigo Duterte’s visit to South Korea, a $172.6m loan agreement has been signed for the construction of the $199.3m Cebu International Container Port (CICT), local reports cited the Department of Finance (DOF) as saying. Export-Import Bank of Korea (KEXIM) will provide a low interest, 40-year loan for the major port project. The loan will carry an interest rate of 0.15% per annum for non-consulting services and will include a 10-year grace period. The Philippines will put up around $26.1m of the project cost. The new container terminal will be built on 25ha of reclaimed land in the northern part of Cebu in the central Visayas region of the Philippines. It is meant to relieve some of the pressure from congestion at the current Cebu International Port nearer to Cebu City as well as boost connectivity in the central and southern regions. http://www.seatrade-maritime.com/news/asia/philippines-secures-173m-korea-loan-for-new-cebu-port-project.html

The South Korean government will co-finance one of the flagship projects of the Duterte administration through an official development assistance (ODA) under the concessional loan offer made earlier by Seoul, the Department of Finance (DoF) said. “There is just one project that they have already signed,” Finance Assistant Secretary Maria Edita Tan said, referring to the P9.19-billion New Cebu International Container Port project, which the Philippines’ National Economic and Development Authority Board has approved. Of the project’s total cost of P9.19 billion, South Korea will co-finance P7.96 billion, while the national government will shoulder the remaining P1.23-billion balance.