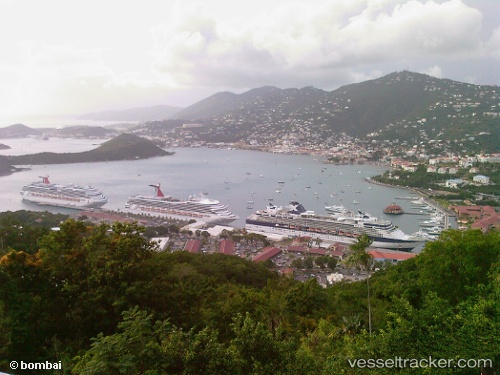 St. Thomas has accepted its first passenger cruise ships since Hurricane Irma, a welcome milestone for the recovering U.S. Virgin Islands. Adventure of the Seas called upon the island Friday, November 10, while Norwegian Dawn was there on Nov. 11 and Royal Princess stopped on Sunday, Nov. 12. The luxury ship Seabourn Odyssey called upon the island on November 3, according to the island's tourism Facebook page. Magens Bay, one of the Caribbean's best-known beaches, has also reopened to tourists. On the island tourism's Facebook page, videos showed steel drum celebrations and dancing, along with tourists enjoying water sports. Hurricane Irma hit St. Thomas on September 6, causing significant damage on the island, as well as nearby St. John. While St. Croix was spared by that storm, it received the brunt of Hurricane Maria just a few weeks later. Neither St. John or St. Croix have received yet cruise ships yet, although the latter is expected to reopen soon. Cruise lines provided humanitarian aid to the islands after the storms, sending ships as relief vessels to bring supplies and evacuate residents. Royal Caribbean used Adventure of the Seas– the same ship that came to the island with tourists Friday -- to deliver thousands of pounds of food, water and medicine. Before the storm, St. Thomas was one of the Caribbean's premier ports, often having as many as six cruise ships a day. Although ships are returning one at a time for now, expect more to come; 60 ships are expected in December, according to the Virgin Island Consortium website.

US Virgin Islands on track to reopen for cruise business

The US Virgin Islands has started work to repair the damage caused by two recent hurricanes so it can reopen to cruise ships in the next couple of months. Volunteers and aid organisations have provided resident with food and shelter, as well as supplies to help with the clean-up of the islands so it can return to normality and once again welcome visitng cruise passengers and other tourists. “Hopefully in the next number of days we will be making a formal announcement about the return of cruise traffic to the territory,” said Mapp, who will meet with the Department of Tourism and the port authority to develop a strategy for handling future cruise visits. “The turnstiles cannot be opened without adequate infrastructure in place...to ensure that visitors can have a good and safe time and a very positive experience.” Royal Caribbean Cruises Ltd., which completed two ‘mercy missions’ to help evacuate visitors and residents from the Caribbean territory, is one of the first lines to demonstrate its commitment to returning to the US Virgin Islands when possible. Further reading at http://www.cruiseandferry.net/articles/us-virgin-islands-on-track-to-reopen-for-cruise-business#.WeeQ-Rvua9I

When will the Eastern Caribbean ports like St. Thomas reopen?