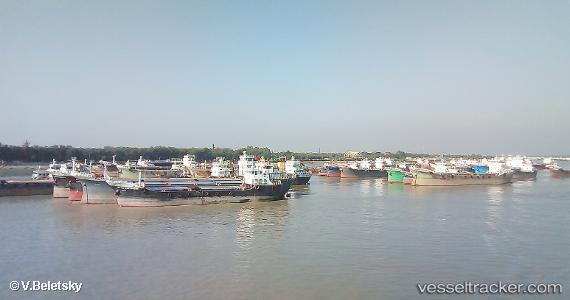 At least 49 dead in explosion in container depot

A fire at a container depot in the town of Sitakunda about 40 km from Chittagong led to a chemical explosion in containers that killed at least 49 and injured more than 300 people on June 4, 2022. Among those killed in the blast that could be heard several miles away were several firefighters. Dozens of dead were scattered among the burnt-out containers and many of the wounded were in critical condition after the huge explosion in the depot containing about 4,000 containers. Hundreds of firefighters, police and volunteers quickly arrived at the depot as the fire broke out around 6 p.m. LT. The extinguishing work had started when the violent explosion threw parts from containers and people into the air. At least five firefighters were killed and even more injured. Many were still missing on June 5. The container depot serves as a staging post for the goods - primarily clothing - to be exported via Chittagong, and contained millions of dollars worth of clothing that was to be passed on to businesses in Western countries. Video: https://www.youtube.com/watch?v=QLiyBU7RKIc&feature=emb_title