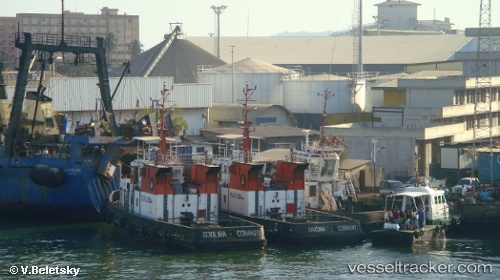 Guinean police have seized 75 kg of cocaine at the Conakry port on a ship coming from Spain and destined to Gambia, Guinea’s Police Spokesman Boubacar Kasse said Thursday. Kasse said the ship on which the country’s special anti- narcotics unit carried out the operation, was carrying 286 containers. It was in one of the containers that the anti-narcotics police uni discovered the cocaine hidden in a bag. The Guinean police spokesman said the ship’s commander, whose identity was not revealed, was arrested. He said investigations had been launched to identify others who were involved in the trafficking of the cocaine. The fight against drug trafficking has become a major concern for Guinean authorities in recent years, at a time when most anti- drug trafficking agencies consider West Africa as a hub for cocaine trafficking. The seizure of the cocaine coincides with the holding of a training seminar on the fight against drugs that is being held in Conakry. The seminar is being attended by participants from Guinea, Senegal, Mauritania, Guinea Bissau and Cape Verde. The meeting is aimed at harmonizing the positions of these West African countries that are affected by the phenomenon of drug trafficking and movement of small arms. Enditem -Xinhua

The port of Conakry (PAC) dreding works by Dredging International Services Cyprus (DISC) has finished the 24th of january bringing the channel depth at 10 meters.The dredger Atlantico Due cleaned the entrance channel, port and quay sides during a 2.5 month dredging campaign.

The second phase of a €100 million (about US$135.3 million) modernization program at Conakry Terminal in Guinea is still on schedule, and when completed, will allow the container terminal to accommodate large cargo ships and expand docking capacity, JOC reports. Conakry Terminal recently hosted Philippe Labonne, managing director of Bolloré Africa Logistics, the container terminal operator at Port of Conakry, to assess the state of progress on the container terminal extension project. The first phase of works, which began in 2011 and was conducted in partnership with the firm Vinci, included building a 5 hectare (about 12.4 acre) embankment in the water along with a 2.7 hectare earthen platform. The second phase of works, currently being carried out jointly with crews from China Harbour Engineering Co., is still on schedule, despite a “challenging” rainy season, according to Bolloré Africa Logistics. http://www.joc.com/port-news/international-ports/conakry-terminal-guinea-continues-expansion_20130930.html