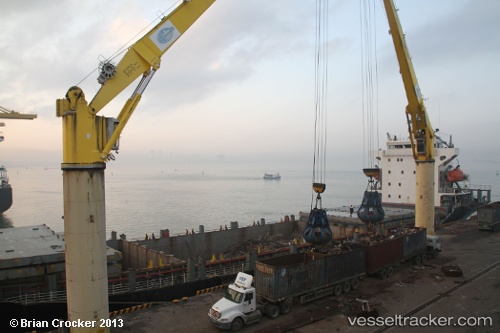 The central city of Da Nang has officially put into operation the second stage of Tien Sa port after two years of construction, bringing its total capacity to 12 million tonnes of cargo per year. General Director of Da Nang Port Joint Stock Company Nguyen Huu Sia said that the second stage at Tien Sa Port had cost more than 1 trillion VND (44.2 million USD), of which 36 percent was funded by the company. He said the second stage, which included two piers, would allow access to 70,000DWT (deadweight tonnage) ships, 4,000TEU (twenty-foot equivalent units) container ships, and 150GT (gross tonnage) cruise ships. Sia said the port was a key hub in central Vietnam and met international logistics standards in the region connecting the East-West Economic Corridor that links Laos, Thailand, Myanmar and Vietnam. According to the latest report, the Tien Sa port, 10km from the city centre, handled four million tonnes of cargo in the first six months this year, a 6.14 percent increase in comparison with the same period last year.

Vietnam is considering building a new port in the currently crowded Da Nang, according to Tediport, a company involved in the port. A construction period through to 2050 will give the Lien Chieu Port facility an annual capacity of 46m tons for a total price tag of VND 32,861bn ($1.4bn). The money will come from a public-private privatisation deal weighted 2:1 to private capital. Currently, Da Nang’s Tien Sa port can handle 6m tons a year which, according to ports and engineering consultancy firm Tediport “is not enough to serve production and business”. Tien Sa they went on to say it is overloaded with container throughput of 258,000 teu in 2015 and over 3m tons of general cargo. Da Nang could become an international gateway port similar to Cai Mep and Haiphiong, Tediport added, with Lien Chieu serving containers, general and bulk cargoes and tankers. Source: Port Strategy

The central city of Da Nang is now the only place in Vietnam where international cruise ships can dock overnight with onboard casinos legally open to punters, a local official has confirmed. http://tuoitrenews.vn/business/32646/vietnams-da-nang-allows-cruises-to-open-casinos-on-overnight-stays