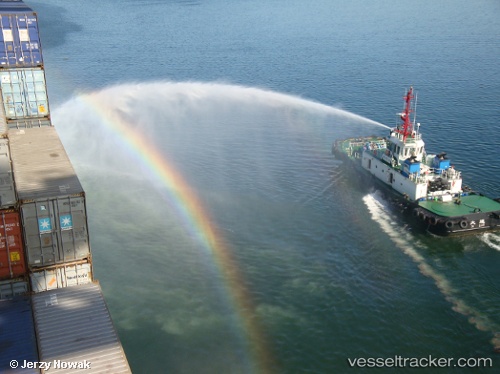 Customs at China’s northern port of Dalian has banned imports of Australian coal and will cap overall coal imports from all sources to the end of 2019 at 12 million tonnes, an official at Dalian Port Group told Reuters on Thursday. The indefinite ban on imports from top supplier Australia, effective since the start of February, comes as major ports elsewhere in China prolong clearing times for Australian coal to at least 40 days.

Maersk Tankers has place an order for six tanker newbuildings in China, kicking off a newbuild program that could grow to include more vessels. Maersk Product Tankers’ board of directors has approved the order of six of ten LR2 newbuildings that are on contract with Dalian Shipyard. The plan is to deliver the six vessels over a period of two years with the first vessels entering the fleet in 2020.

Birth of a new era as Dalian rides wave of expansion

The world’s largest container ship MOL Triumph berthed on Wednesday at the Dalian Port Container Terminal in Dalian Jinpu New District, Northeast China’s Liaoning province. It is the world’s first container ship with a capacity of over 20,000 TEUs (20-foot equivalent units). “Currently, we have built a batch of world class berths, including a 450,000 metric ton crude oil terminal and a 400,000 ton ore terminal,” said Zhang Yiming, president of Dalian Port. “No matter how big the ship is, we have a suitable berth,” he said. Taking advantage of the preferential policies for the newly-launched China (Liaoning) Pilot Free Trade Zone as well as the Belt and Road Initiative, Dalian Port can better serve the global supply chain and promote the transformation and upgrading of port services, said Zhang. China launched seven more free trade zones on Saturday to accelerate the country’s opening-up and boost the Belt and Road Initiative. The Liaoning pilot FTZ is composed of three sectors, namely Dalian, Shenyang and Yingkou, covering an area of 119.89 square kilometers. Source: China Daily