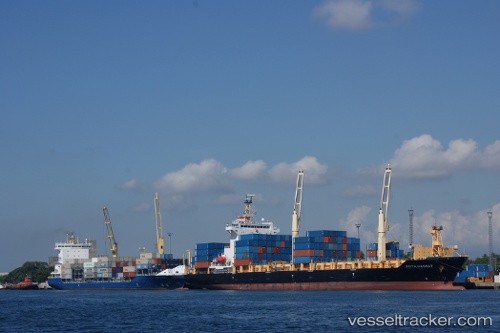 Chinese navy ships will visit the Philippines for the first time since 2010 this weekend as Manila and Beijing try to ease strategic mistrust and move beyond their territorial disputes. Three vessels – the guided missile destroyer Changchun, the guided missile frigate Jingzhou, and the supply ship Chaohu – will dock at Davao City in Mindanao from Sunday until Tuesday. They will visit around 20 countries in Asia, Europe, Africa and Oceania, and be headed by Rear Admiral Shen Hao, deputy commander of the People’s Liberation Army Navy’s East Sea Fleet. http://www.scmp.com/news/china/diplomacy-defence/article/2091562/chinese-navy-make-first-philippines-port-call-decade

Ambitious plans to update Davao Sasa port in the Philippines might be cut owing to concerns about costs and capacity, sources have said. The modernisation, using a PPP, was touted as the way for the Philippines to overhaul its weak infrastructure. The plan was to create a 1.2m teu facility, but these plans may now be scaled back. “The proposed amount of this project at PHP 18.9bn ($390m) might be reduced as the new government of Pres Duterte is currently reviewing the capacity of Davao Sasa. The costs need to be manageable because of its direct impact in cargo-handling charges,” one shipping industry source told Port Strategy. The source asked not to be named as did government officials who confirmed that talks on the subject had taken place. “I visited it and then in the last meeting of the PPA [Philippine Ports Authority] board, I told them to take a look, re-evaluate, and, if necessary, to modernise it on the basis of the previous plan at P4bn, then let’s do it,” Transportation Undersecretary for maritime sector Felipe Judan told the Manila Standard. Source: Port Strategy